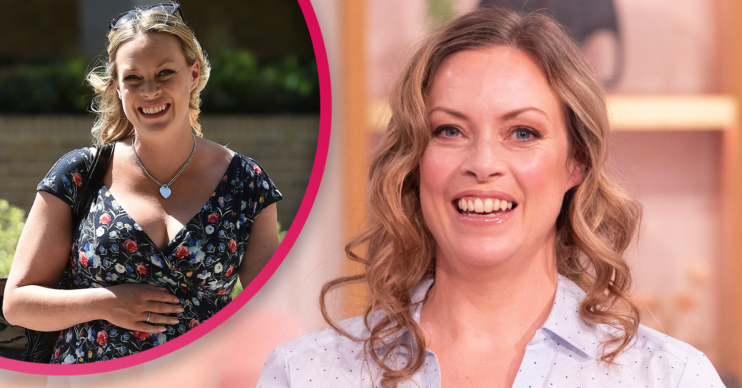 Is This Morning soap expert Sharon Marshall married? Does she also work at Emmerdale?

A bonafide soap expert if ever there was!

This Morning soap expert Sharon Marshall is a familiar face on the ITV daytime show.

A lover of all things Emmerdale, EastEnders, Coronation Street, Hollyoaks and more, there’s nothing she doesn’t know about the world of soap.

And that even includes working on one or two as a writer.

So what else do we know about 50-year-old Sharon? Read on and find out.

How is This Morning star Sharon Marshall famous?

Sharon started out as a journalist, working on the News of the World as TV editor for 10 years.

Clearly keen for a taste of life in front of the camera, Sharon made the move to TV.

She’s appeared on Celebrity Fit Club, Big Brother’s Bit on the Side, Loose Women and, of course, This Morning.

Speaking about working on the latter, Sharon previously told The Sun there’s no faking it when it comes to soaps.

“I was a TV Editor for the nationals long before This Morning and have been watching the soaps since I was a kid so you can probably add a few thousand more to that.

“It’s a lot of research but hardly a tough job to do. I owe it to the viewers to watch every episode because people love their soaps and they’ll always know if you’re faking it.”

Which soaps has she worked on?

Sharon has worked on Emmerdale and EastEnders, so she’s certainly qualified to be This Morning’s resident soap expert.

In 2016 she moved across to Emmerdale, and has written 39 episodes of the Yorkshire-based soap.

So this weekend my Paul asked me to marry him. So happy to say yes. ❤️❤️ pic.twitter.com/dgeZh4RCVW

Is Sharon married and does she have children?

Sharon is currently loved-up with fiancé Paul Fletcher and they have one daughter, Betsey, together.

He got down on one knee and popped the question back in September 2019.

Breaking the news to Phillip Schofield and Holly Willoughby on This Morning, Sharon revealed: “He got down on one knee and Betsey gave me a ring.”

Sharon and Paul had a long – and expensive – road to parenthood.

She started IVF when she was 40 and estimates that the couple spent £70,000 on treatment.

Sharon told the Daily Mail: “I endured six years of IVF, with two miscarriages along the way. Year after year I sank into despair as attempt after attempt failed.”

The couple eventually welcomed Betsey, who is now three, in 2018, when Sharon was 46 years old.

Sharon was previously married to Bruce Davidson, a member of the Household Cavalry, with the couple tying the knot in 2010.

Sharon has remained tight-lipped about the split.