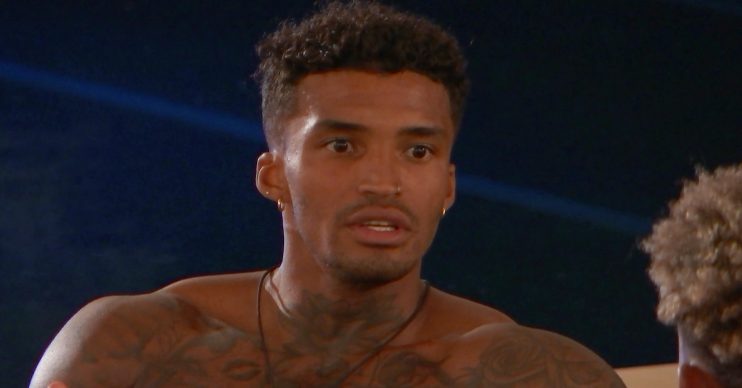 Sparks may be flying again soon

Michael Griffiths admits he has doubts over his romance with Joanna Chimonides and there could still be a spark between him and ex Amber Gill.

On Wednesday’s (10th July) episode we saw Michael discussing with Jordan how he’s found himself in the middle of a love triangle.

As he says: “It’s not a bad position to be in. Joanna’s unbelievable and Amber’s stunning as well.”

Away from earshot, Amber was also caught discussing the situation with Maura following the Dirty Dancing challenge and reflects on how she set Michael’s pulse racing than most out of the girls.

Amber said: “I can’t believe she [Joanna] was crawling on the floor and stuff. She was going for it and all I had to do was go [shakes her hips] and his heart rate was racing.”

The 21-year-old then revealed that his reaction is just what she needed as she questioned what will happen between them going forward.

But she admitted in a previous episode that her feelings for Michael are still there and “can’t switch it off”, so has been feeling reluctant to connect with any other guys.

Fans to twitter to discuss whether they were are routing for them to get back together or whether Amber should avoid him at all costs.

Anybody else feel like Michael is just being stubborn because he doesn't want to admit he made the wrong decision? He clearly still has feelings for Amber #loveisland

I don't want Amber to get back with Michael. He's proved he's not good enough for her. If they get back together I can't vote for them to win cos I've fully cancelled Michael. #LoveIsland

Do you think they will get back together? Leave us a comment on our Facebook page @EntertainmentDailyFix and let us know what you think.