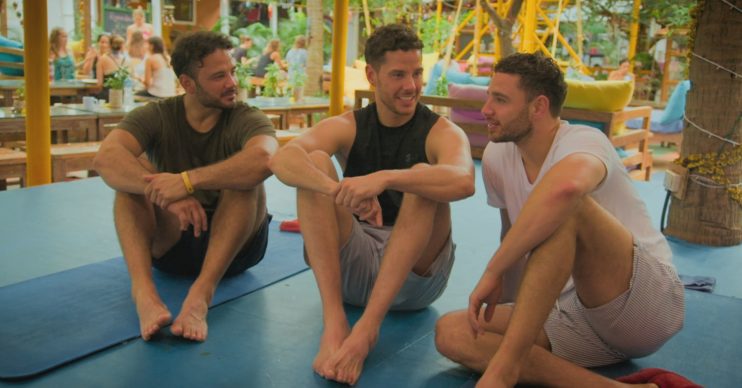 Is Scott Thomas single? Mancs In Mumbai star’s search for The One

Viewers have been won over by the charming, funny and handsome Thomas brothers Adam, Ryan and Scott on Mancs In Mumbai.

Fans of the celebrity siblings are used to seeing former Corrie star Ryan and his ex-Emmerdale brother Adam share their personal lives on social media.

What do we know about their love lives?

Who is Adam Thomas married to?

Adam has been married to Caroline (nee Daly) since August, 2017.

The couple welcomed their first child, son Teddy, in 2014. Their daughter, Elsie-Rose, arrived in 2019.

How many children does Ryan Thomas have?

He welcomed son, Roman, with fiancee Lucy Mecklenburgh, in March, 2020.

Does Scott Thomas have a girlfriend?

Scott reveals in tonight’s Mancs In Mumbai that he is saving himself for The One.

We’ll just have to assume that he is one picky fella because he must be literally swatting women away.

Scott actually found fame searching for the dream relationship on Love Island in 2016.

Read more: Mancs In Mumbai viewers have just one grumble with the show

After a very rocky start he became official with Kady McDermott, admitting that he was absolutely smitten with her.

But a year after the pair got together, it was all over with Kady sharing a cryptic message – “New chapter” – on Twitter, as they unfollowed each other.

Since then Scott has kept the romance cards very close to his chest.

Last year, he was linked to reality star Vicky Pattison as they looked cosy on Celebrity Coach Trip, but she was actually in a relationship with current boyfriend, Ercan Ramadan.

The tallest Thomas brother has admitted to flings with Hollyoaks starlets but, ever the gentleman, he has refused to name them.

So get in line, ladies… if you are family oriented, love a good night out in Manchester and look like a supermodel you could be in with a chance!

Do you want to see a second series with the boys elsewhere? Visit our Facebook Page @EntertainmentDailyFix and let us know what you think of this story