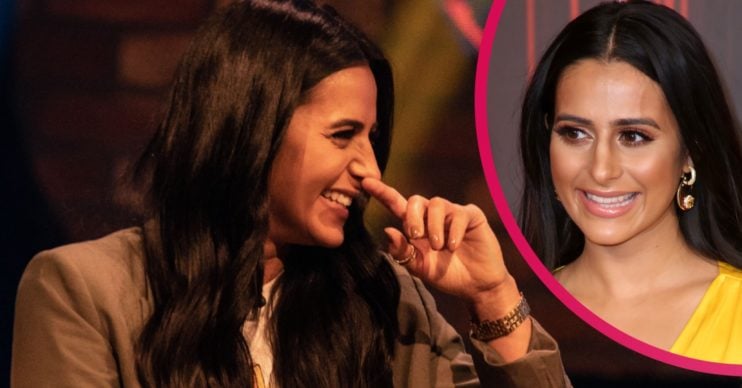 Is Sair Khan single? How long has she played Alya Nazir in Coronation Street?

Find out about The Big Soap Quiz star's love life and more...

Sair Khan is set to compete on Monday night’s The Big Soap Quiz 2020 along with two of her Coronation Street costars.

Read on to find out what to expect from the ITV quiz show, Sair’s love life and more…

Is Sair Khan single? Does the Corrie star have a boyfriend?

Sair Khan, 32, is believed to be currently single. The soap actress, originally from Leeds, reportedly split up with her boyfriend, actor Simon Lennon, in September of last year.

The couple dated for almost two years, and Simon was there to greet Sair when she was voted off I’m A Celebrity… Get Me Out Of Here! in Australia.

Read more: Why isn’t Loose Women on today? When will it be back on ITV?

But a source told The Sun that their relationship began to strain after her workload increased. Following her stint on I’m A Celeb, she signed up for Channel 4’s reality competition show Sink or Swim.

The source said: “Sair has found the challenge of learning to swim from scratch really tough.

“Training has been more difficult than she expected and it has really taken its toll on her emotionally and pushed her relationship to breaking point.”

Before adding: “They have tried to make it work but are taking some time to give each other breathing space.”

The soap star hasn’t confirmed any new relationships since her split news broke.

Read more: Kimberley Walsh reveals she is pregnant with her third child

However, she joked just last month that she wouldn’t mind men sliding into her DMs.

Speaking to Fabulous magazine, she said: “I am independent and happy with everything going on with work, family and friends. Having said that, it would be a welcome addition to have someone new so, if anyone wants to slide in my DMs, then go ahead! But I’m not chasing it!”

How long has Sair Khan been on Coronation Street?

Sair first joined Coronation Street back in 2014 as Alya Nazir. She received a nomination for Best Newcomer at the National Television Awards in 2015.

Corrie was her breakthrough acting role, having had a small role in a Doctors episode in 2011.

When was Sair Khan on I’m A Celebrity?

Sair was on I’m A Celebrity… Get Me Out Of Here! in 2018, and was the third celebrity to be eliminated from the Australian jungle.

When is the The Big Soap Quiz on?

The Big Soap Quiz 2020: Coronation Street vs. Emmerdale will air on Monday, December 21, at 9pm on ITV.

Sair will be on the Corrie team along with her co-stars Simon Gregson and Jack P Shepherd (team captain).

While the Emmerdale team will be led by Mark Charnock and team members Karen Blick and Jay Kontzle.