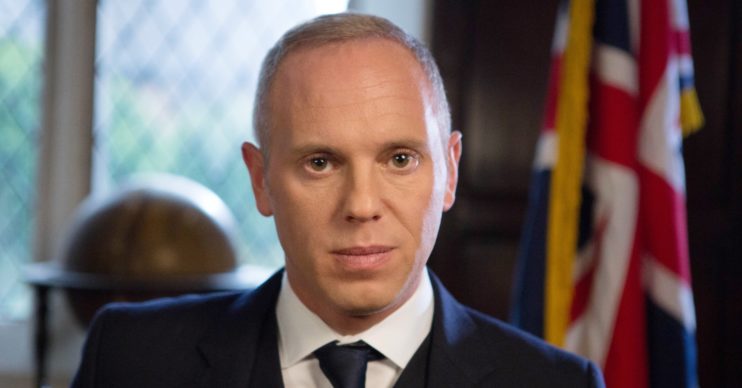 Is Robert Rinder married and does Judge Rinder’s Crime Stories star still work as a lawyer?

The judge is back with more crime stories!

Robert Rinder brings his likeable charm back to ITV today (Monday September 27) when he presents another series of Judge Rinder’s Crime Stories – but is he married?

Does he still practice law and how old is he?

Here’s everything you need to know about the criminal barrister, who made his name on Judge Rinder.

Who is Robert Rinder and what is he famous for?

In 2014, while still a practising barrister, he began hosting the reality courtroom series Judge Rinder.

Read more: This Is My House viewers divided over new BBC show fronted by Stacey Dooley

His unique way of handed out justice on the ITV series soon had other offers flooding in.

He’s guest starred in Room 101, Through the Keyhole and Who Do You Think You Are?

Rob also took part in the 2016 series of Strictly Come Dancing, when he was paired with Oksana Samba.

In 2019, he began hosting the Channel 4 series The Rob Rinder Verdict.

Last year, he fronted My Family, The Holocaust and Me on BBC One.

On it, he met British Jewish families as they discovered what really happened to their relatives in the Holocaust.

The same year, in July 2020, he appeared on Celebrity Gogglebox with Susanna Reid.

How old is Rob Rinder?

He is currently 43 years old.

He was called to the bar in 2001 after graduating with a double first in politics, modern history and art at Manchester University.

He was then accepted for pupillage at top chambers on London, 2 Paper Buildings.

During his legal career he has been involved in several high-profile cases, once defending British servicemen charged with manslaughter over the deaths of Iraqi detainees.

Despite wearing judges robes on Judge Rinder, he is not a judge.

Is Robert Rinder married? Does he have kids?

The pair entered into a civil partnership at a ceremony on the island of Ibiza in 2013.

Rob’s best friend, actor Benedict Cumberbatch, conducted the ceremony – something he was legally entitled to do because of his online Universal Life Church ministerial ordination.

Rob was later one of three best men when Benedict married Sophie Hunter in 2015.

The Judge Rinder star is now believed to be single.

Where is Rob from?

Rinder was born into a Jewish family in London and brought up in Southgate, London.

He was educated at Osidge Primary School and Queen Elizabeth’s School for Boys.

He trained at the National Youth Theatre, but later gave up acting because his peer and close friend, Benedict Cumberbatch, “was so good”.

Rob also counts Rachel Stevens as one of his oldest pals.

They grew up together and attended the same primary school.