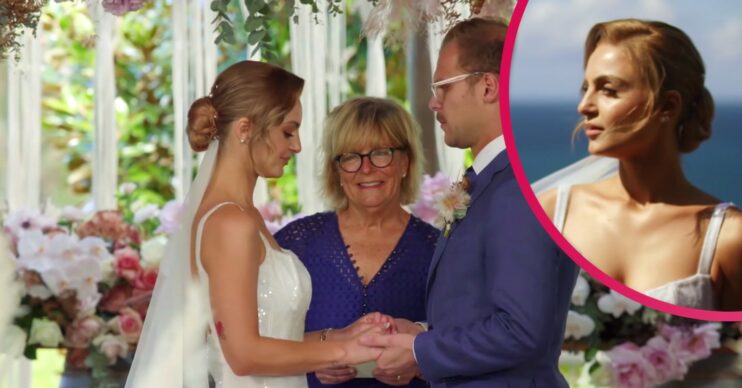 Are all those tantrums for real?

The hit series Married At First Sight Australia continues to air this week on E4.

The show follows single people who try their hand at love when they meet their match for the first time at the altar.

Fans can’t get enough of the roller coaster of emotions that the marital experiment brings.

But is the reality TV series really genuine or is it all scripted?

Is Married At First Sight scripted?

It is understood that Married At First Sight is an unscripted reality series, as many contestants involved have claimed that none of the show is fake.

Season eight groom Russell Duance said on Instagram: “For all of those that are saying it’s scripted, I can tell you that not once did anyone say to me ‘hey you need to say this or that’. Ever.

“Everything I said was from me in that moment.”

However, season six’s Sam Bell seemed to claim that his relationship with Ines Basic was all fake.

Discussing his romance with Ines on Instagram, Sam let slip that the producers were actually behind it all.

He wrote: “They pulled me into a dark room, a black room, and asked me to do the Ines thing. They set that up. They made Ines DM me on the phone, that was all staged.

“I throw her on the bed on that date night, not even five seconds later, the producers come in and de-mic you. I didn’t sleep with Ines that night, that didn’t happen.

He continued: “I didn’t sleep with anyone on the show.”

Contestants have also said that they often edit the show to make some events appear entirely different.

Season five groom Nasser Sultan wrote a letter to contestants, warning that the final show may not turn out how they expect.

Read more: Married At First Sight Australia: How many episodes are left- when does season 9 end?

“I was edited as a villain because I didn’t want to sleep with my wife who happened to wear a wig,” he said.

“She didn’t want to sleep with me either, but that magical edit made it seem like she was longing for little Nass to make a cameo.

“They’re clever… You’re probably in the midst of being manipulated right now and have no idea.”

Where can I watch Married At First Sight?

Married At First Sight Australia airs on E4 on weeknights at 7:30pm.

Do you think Married At First Sight is scripted? Head to our Facebook page @EntertainmentDailyFix and let us know.