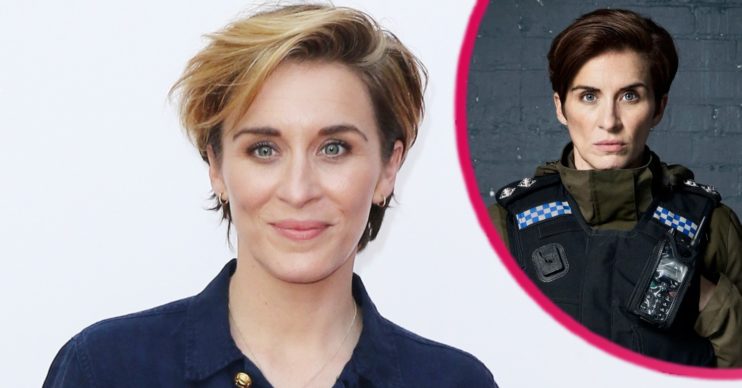 Is Line of Duty star Vicky McClure married and what else has she appeared in?

She plays DI Kate Fleming in the BBC drama

Line of Duty star Vicky McClure returns to screen this weekend, but how well do you know the actress – is she married?

The much-loved star, 37, is best known for playing Detective Inspector Kate Fleming in the LoD.

But it appears Vicky’s career started long before AC-12.

Who is Line of Duty star Vicky McClure?

Vicky McClure is an English actress, former model and presenter.

The star was born in Nottingham, on 8 May 1983, where she still lives now.

From the age of 11, Vicky studied at Nottingham’s Central Junior Television Workshop.

However, she failed to get into the Italia Conti Academy of Theatre Arts due to tuition fees.

Speaking about her younger years, she told i News: “The workshop gave me my career, there’s no two ways about it.

“If it wasn’t for the workshop, I wouldn’t be the type of actor that I am.”

When did Vicky McClure join Line of Duty? What else has she appeared in?

Meanwhile, Vicky has enjoyed a number of high-profile gigs over her career.

Following a period of taking walk-on parts in soaps and daytime TV, the star landed a role in This Is England.

The character was huge for Vicky, who later bagged a BAFTA and a British Academy Television Award for Best Actress.

I’ll be devastated the day Line of Duty ends.

She then joined Line of Duty in 2012 as DI Kate Fleming.

Opening up about the drama, she previously said: “I’ll be devastated the day it ends. To be involved in a job with this much love for it, well, you never expect that.

“Martin [Compston] and Ady [Adrian Dunbar] are my mates, and there’s always a way to make schedules work.”

Vicky has also appeared in The Replacement, Hummingbird and A Room for Romeo Brass.

No, but she is engaged to Welsh producer, actor and writer Jonny Owen!

Jonny popped the question back in December 2017.

However, the couple are yet to find the time to make it official.

The actress told the Evening Standard: “It’s been chock-a-block [and] we don’t want to rush and feel like we are slotting it into a time period.

“We want time to plan – the amount of things you need to do is frightening.”

Meanwhile, the actress previously revealed there was “definite chemistry” between the two during filming.

They are yet to start a family of their own.

– The new series of Line Of Duty starts on Sunday, March 21 at 9pm on BBC One.