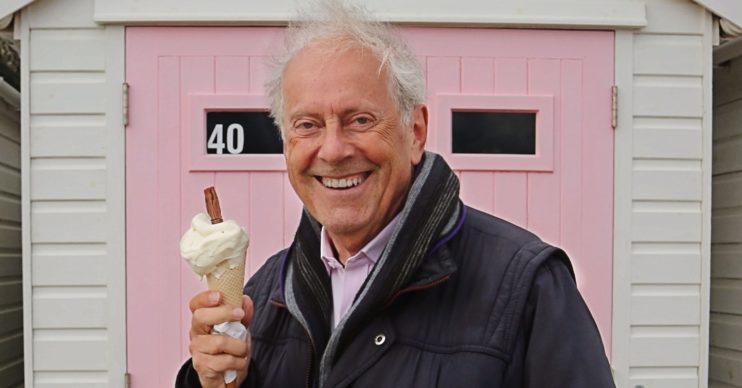 Is Gyles Brandreth married and how old is he? Wordsmith is ‘In Jane Austen’s Footsteps’ tonight

In Jane Austen’s Footsteps with Gyles Brandreth sees the broadcaster explore the life of the famous novelist – but who is Gyles?

What is he most famous for? Is he married and how old is he?

Here’s everything you need to know about the TV personality and his new documentary.

Who is Gyles Brandreth and what is he famous for?

Gyles is a former Tory MP, famous for wearing some of the most outlandish jumpers in the Kingdom.

First of all, Gyles hosted the ITV children’s show Puzzle Party in the 1970s after graduating from Oxford Uni.

He went on to become a presenter for TV-am’s Good Morning Britain in the 1980s.

In 1992, he was elected to the House of Commons as the Conservative MP for the City of Chester constituency.

He served until he was defeated in 1997, and resumed his career in the media.

Gyles is a regular on panel shows including Countdown, The One Show, QI and Have I Got News for You.

He has written both fiction and non-fiction books, and makes appearances as a public speaker, as well as doing lots of radio work.

Finally, a weird fact, for you: Gyles is a former European Monopoly champion!

He is currently 73 years old.

His father was serving as a legal officer with the Allied Control Commission in Germany when Gyles was born.

After moving to London with his parents at the age of three, Gyles was educated at the Lycée Français Charles de Gaulle in South Kensington and Bedales School in Petersfield, Hampshire.

Gyles has been married to Michèle Brown for nearly 50 years.

He married the writer and publisher in Westminster in 1973.

They live in Barnes, southwest London.

Benet is a barrister and former actor, Saethryd is a journalist, and Aphra is a former government economist and now financial director of a veterinary business.

Aphra was the Conservative candidate in the 2019 general election for the constituency of Kingston and Surbiton but did not win the seat.

Gyles and Michèle have one grandchild, Aphra’s daughter Kiyo.

In Jane Austen’s Footsteps with Gyles Brandreth on C5

He visits the locations that inspired her, as well as uncovering some of the real events behind some of her greatest stories.

He begins by visiting her birthplace, the village of Steventon in rural Hampshire.

Famous faces also contribute, with David Baddiel saying: “Only Shakespeare is as important.”

In Jane Austen’s Footsteps with Gyles Brandreth begins on Wednesday March 31 2021 at 9pm on Channel 5.