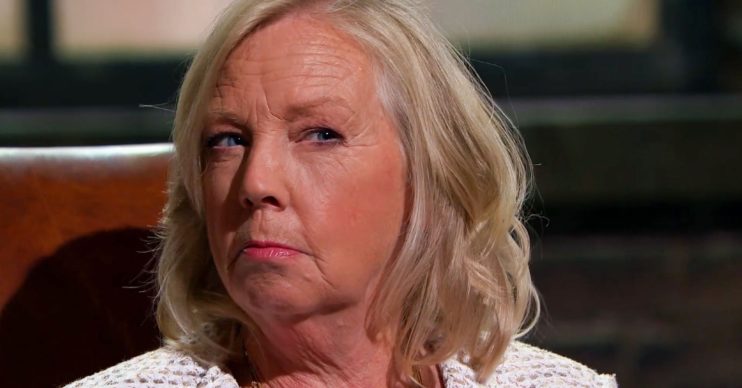 Is Dragons’ Den star Deborah Meaden married and how rich is she?

The entrepreneur returns in series 18 of the hit BBC show

Dragons’ Den returns with a socially-distanced 18th series this week (Thursday April 01, 2021), but is Dragon Deborah Meaden married and how rich is she?

How did she make her money? And how old is she?

Here’s everything you need to know about Deborah and her career.

Deborah Meaden is a British businesswoman, entrepreneur and TV personality.

She ran a multi-million-pound family holiday business, before completing a management buyout.

She’s best known for her appearances on the BBC business programme Dragons’ Den.

Super-savvy Deborah joined the show in August 2006, taking over from Rachel Elnaugh in the third series.

On Twitter, Deborah describes herself as “star of Dragons’ Den, Strictly Come Dancing contestant and Murder in Successville sidekick, and just a bit of business… actually quite a lot”.

How did Deborah Meaden make her money?

From a very early age, Deborah knew she wanted her own business.

After studying business at college, Deborah moved to Italy at the age of 19 where she set up a glass and ceramics export agency, which sold products to retailers including Harvey Nichols.

After this, Deborah embarked on a number of other business ventures including a franchise for Italian clothing company Stefanel and a prize bingo concession at Butlin’s.

She later bought one of the first Stefanel textile franchises in the UK, which was based in the West Country.

Deborah then had several successful leisure and retail businesses, including a spell operating a Prize Bingo at Butlin’s in Minehead.

In 1988, Deborah joined her family’s business to run its amusement arcade operations and, in 1992, joined Weststar Holidays – a family holiday park operator based in Exeter, Devon.

In 1999, she led a management buyout and acquired the majority shareholding.

When she was managing director of Weststar Holidays, she sold the company in a deal worth £33 million while retaining a 23 per cent share.

Showing her entrepreneurial flair, she gave the business a makeover and sold her remaining stake for a further £83million.

She has since bought Fox Brothers and, in October 2011,  launched The Merchant Fox, an online store selling British-made luxury goods with provenance.

Dragons’ Den has enabled her to invest in all manner of businesses, from a wool manufacturer to a company producing baby products, an online antique valuation service and a recipe website.

Read more: The Syndicate on BBC One: What happened in series one, two and three and who starred in them?

How rich is Deborah Meaden? How much is she worth?

The businesswoman has a remarkable fortune of £40million, according to Spear’s magazine.

Since joining Dragons’ Den she has so far agreed to investments worth an estimated £3.3million.

Although Deborah has not confirmed her salary, she has explained that all Dragons are paid the same.

She is currently 62 years old.

Deborah was born in Taunton, Somerset, but moved to Brightlingsea in Essex after the divorce of her parents.

She went to the Godolphin School, Salisbury, for a brief period and then to Trowbridge High School for Girls.

Deborah left school at 16, and attended Brighton Technical College where she studied business.

And she obviously learnt a thing or two!

Is Deborah married and does she have kids?

Vegan Deborah has been married to husband Paul since 1993.

They met in the summer of 1985, when he worked at Weststar during his university break.

They briefly separated when she took a trip to Venezuela, but reunited when she returned to London and married in 1993.

The Dragons’ Den star spends her time between London and the period property they own near Langport, Somerset.

They have no children, although she has said in the past she would’ve liked to have them but that “it just didn’t happen”.

Deborah took part in the 11th series of Strictly Come Dancing in 2013.

She was partnered with professional dancer Robin Windsor.

She was eliminated from the show on October 26 2013 in week five.

Abbey Clancy went on to win the series.

In this first episode, a pair of tea entrepreneurs find themselves in hot water when their numbers are interrogated.

The Dragons discover hidden artistic talents when a mindfulness art business is pitched.

And an optical inventor hopes to have investment in sight with his anti-glare eyewear.

Meanwhile, a husband-and-wife team have the needs of NHS workers at the heart of their skin-care business.