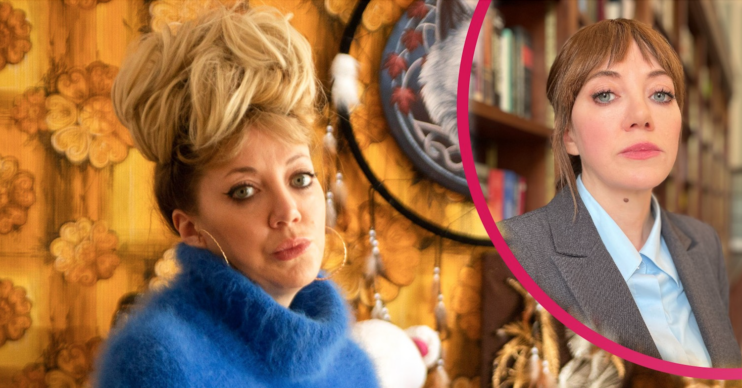 Mandy: When is Diane Morgan back in Cunk on Britain and is she married?

The Motherland actress has become a big BBC star

Diane Morgan has become a big star thanks to Motherland and Cunk on Britain.

The English actress has broken out in recent years to become one of the most recognisable faces on UK TV.

Here’s everything you need to know about Diane Morgan, including whether she has a husband and what became her breakout role.

And whether Cunk On Britain is coming back.

What is Diane Morgan famous for?

Diane Morgan is an actress, comedian, and writer.

The TV star grew up in Bolton. Her first TV role came when she played Dawn in Peter Kay’s Phoenix Nights.

She is most famous for her persona Philomena Cunk. Diane first played the role on Charlie Brooker’s show Weekly Wipe.

After becoming popular on the show, the BBC decided to commission a show based on the character.

Cunk on Britain was born, and it became a huge success with viewers.

Is Cunk On Britain coming back?

However, the good news is that Philomena will be back – but in a newly titled series.

The BBC revealed that a new series called Cunk on Earth will be coming to our screens later this year.

‘Philomena’ said in a statement: “This series is in my contract to go somewhere better than just Britain so I’m hoping I at least go to Italy as that seems a safe be

“I’m looking forward to getting out of the house and tracing humanity’s progress and also finding out exactly what a ‘civilisations’ is.”

What else has Diane been in?

In 2019, Diane also wrote, directed and starred in the BBC comedy, Mandy – which is currently airing on BBC Two.

The same year she also appeared in Motherland, which became a breakout success for the BBC this year after hitting Netflix.

Diane has also been seen in the Netflix series After Life opposite After Life.

She started her comedy career later than some and opened up last year about what took her so long.

She told The Guardian: “I wasn’t getting any acting work and people kept saying I should try standup. I put it off for years, but 30 was approaching and I thought, shit, I’d better do something with my life, so I started gigging.

“I was working in telesales at the time and it seemed incredible I could earn the same money for 20 minutes on stage. Casting directors came to gigs, so I started to get bits and bobs.

Diane added: “But it wasn’t until I auditioned for Charlie Brooker that everything changed overnight”

Does Diane Morgan have children? Who is her husband?

Diane Morgan currently has no children.

In fact, she has previously expressed her desire to never have any of her own.

“I’ve never wanted children for a split second. The pain, the expense, the hassle… I can’t see any advantages,” she told The Mirror.

“Then I work on Motherland and feel vindicated.

“People say, ‘Yeah but who’ll look after you in your old age?’ What? Are you only having kids to be your carers?” she added.

Diane Morgan doesn’t have a husband, but she does live with her partner, Ben Caudell. He just so happens to be a BBC comedy producer.

What did you think of Cunk on Britain? Leave us a comment on our Facebook page @EntertainmentDailyFix and let us know.