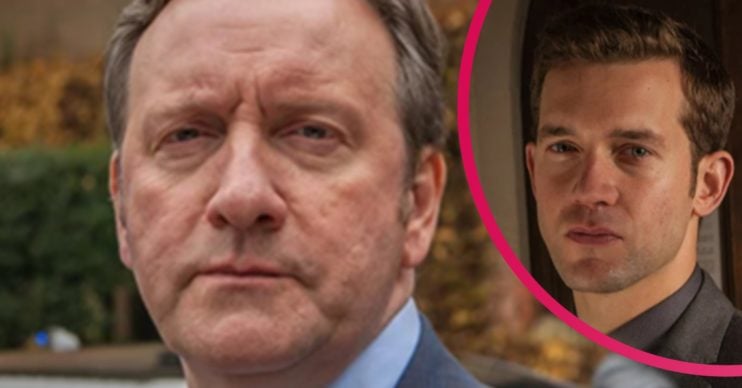 Midsomer Murders series 22: Is Causton a real village – and how many episodes have been made?

Midsomer Murders is a classic detective mystery series that celebrates our love for a good murder yarn amid picturesque English countryside, but is Causton a real village?

Now in its 22nd series (and counting!) we take a look at when it is back on, how many episodes there are to date and whether Causton is a real place after all…

When is Midsomer Murders next on?

DCI Barnaby and DS Winter find themselves trapped on an island in a storm, following a murder at an immersive Murder Mystery weekend.

Cut off from other police resource and even phone communication, it’s time for some good old-fashioned detective work!

Read more: When is Holly Willoughby in Midsomer Murders?

Neil Dudgeon revealed last October that they had to make some changes while filming, explaining: “Everyone is excited to get back to work. Sadly there won’t be as much hugging and kissing on set as usual but we’ve all got to make sacrifices!

“It’s bound to be a bit strange at first with all the safety protocols but hopefully we can all keep each other safe and shoot another great series.”

The first two episodes for series 22 were called The Wolf Hunter of Little Worthy and The Stitcher Society.

How many episodes of Midsomer Murders are there?

How can I watch Midsomer Murders during lockdown?

Midsomer Murders is certainly a perfect lockdown watch. Especially when you consider just how many episodes there are.

In addition to many episodes being available on DVD, multiple past episodes are ready to stream on ITV player.

Unfortunately the show is no longer available on Netflix.

However, each and every already aired episode can be streamed via the subscription services BritBox and Acorn TV.

Alternatively episodes are available to purchase by episode or series on Amazon and YouTube.

Is Causton a real village?

Sadly Causton is not a real village. Midsomer is also not a real county.

Rather Cuaston represents the ideal of a quintessential English countryside village.

Scenes are filmed across Oxfordshire, Buckinghamshire and Berkshire.

Oxfordshire towns Thame and Wallingford are most heavily featured across the series.

Walking and driving tours are even run in Oxfordshire for Midsomer Murder fans.

Are you a Midsomer Murders fan? Let us know on our Facebook page @EntertainmentDailyFix.