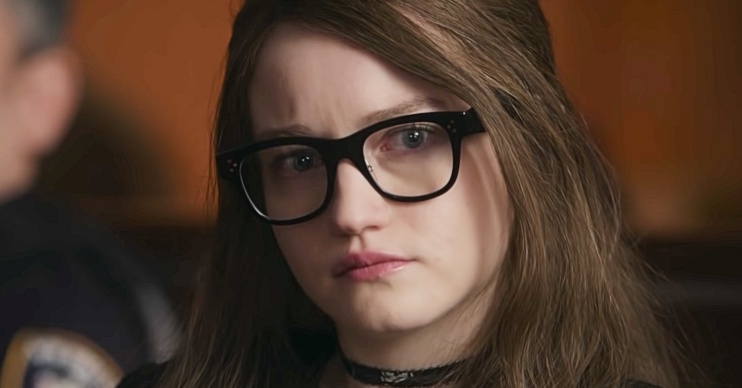 Inventing Anna reviews – what are the critics saying about the new Netflix series?

The Inventing Anna reviews are in… but what are the critics saying about the new Netflix series?

A nine-part series, it stars Julia Garner as Anna Sorokin – a fake German heiress who scams the New York glitterati.

On her trail is journalist Vivian Kent (Anna Chlumsky).

It’s all set up for an intriguing story… but Inventing Anna has received decidedly mixed reviews.

Lucy Mangan in The Guardian gave the series four out of five stars and a very good review.

She said: “Julia Garner is mesmerising as Anna.

Read more: The real Anna Delvey of Inventing Anna: Is Anna Sorokin still in prison and did she get money from Netflix?

“She keeps her human enough that – like her marks, perhaps – we never lose interest or emotional investment in her…

“… even as we watch her embark on another round of clear-eyed criminality as she works rooms, finds the next pawn in her game, moves to the next stage of her con.

“Eventually the queen of grifters is unmasked and imprisoned. You cannot, despite yourself, help wishing it could have been otherwise.”

Meanwhile, on the BBC website, Hugh Montgomery urged viewers to stick with it after the first couple of episodes, which he calls a “slog”.

“But hang on in there,” he said, “because midway through it hits its stride, finding both focus and heart.”

“Indeed, the real trick that this series pulls off is that it manages to be both brashly, glossily entertaining and knottier…

“… more complex fare than it first appears, offering enough interesting commentary on modern enterprise, the nature of identity, and the morality of storytelling to justify its tabloid entertainment value.”

‘Desperate to say something’

However, Annabel Nugent at The Independent wasn’t as effusive.

“The series desperately wants to say something,” she said, “[but] besides the #GirlBoss brand of feminism on display here, Inventing Anna is unsure of what it wants to say beyond that.”

She referenced the character Vivian Kent who complains people are missing the point about an article in a newspaper.

“‘Something about class, social mobility, identity under capitalism… I don’t know,” she mumbles. The same can be said for Inventing Anna as a series. It’s maybe the only honest line of dialogue in the whole thing.”

‘Early episodes are front-loaded with characters who disappear’

Another lukewarm came from Entertainment Weekly.

Kristen Baldwin asked pointedly: “So why isn’t Inventing Annaany fun? Perhaps because, like Sorokin herself, it’s stuffed with stories — some intriguing, some that go nowhere.

“Early episodes are front-loaded with characters who later disappear.”

She concluded: “Garner is very watchable as Anna. She nails Sorokin’s air of cocky condescension and sophisticated charm, as well as her … whatever-it-is accent, a sort of nasal drawl with a harsh, Eastern European bite.

“The rest of the time, the series feels like one extremely long con.”

So what did you think? Does the series get the thumbs up from you?