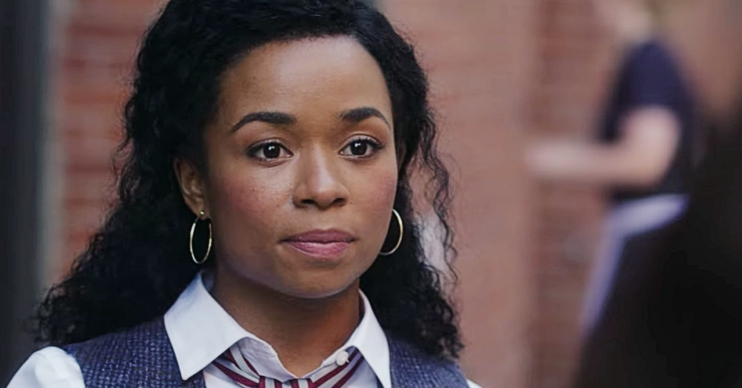 Inventing Anna is the latest Netflix smash-hit –  is standout character Neff Davis based on a real person?

We all know that the nine-episode series is based on a true story.

But what about Neff… is she real or a fictional part of the saga?

What happens in Inventing Anna with Neff?

Posing as a fake German heiress called Anna Delvey, she infiltrated the New York society elite and told them that she was worth a cool $60million.

Read more: Inventing Anna on Netflix: Who’s in the cast and which characters are based on real people?

What she was really doing was defrauding banks, hotels and as many rich people as she could.

It was only a matter of time before Anna’s sneaky ways caught up to her, and she was sent to prison in 2019 for a 12-year stretch.

Is Neff Davis a real person?

Anna Sorokin/Delvey is one thing, and of course we know she exists.

Actress Julia Garner reportedly went to visit her in the clink during her research process.

But when it comes to Neffatari Davis… she is also a real person.

When Anna first came to New York, she befriended 25-year-old Neff, who worked as a hotel concierge.

And during the series, we saw that Anna confided in Neff – in fact, she was the closest thing to a friend she had throughout her criminal (mis)adventures.

Sure enough, their friendship continued after Anna was kicked out of the 11 Howard Hotel for not paying her bills.

Playing her in the series is actress Alexis Floyd.

Is Neff still friends with Anna?

Neff contributed to the article that eventually brought Anna down, but to this day she remains loyal to her friend.

“She wasn’t like our other guests and she talked about her goals a lot.

“Anna is my friend and always will be. We had to get to know each other again and develop healthy boundaries. We have blocked and unblocked each other, cried, and laughed. I get her.”

Further proof of their enduring friendship appeared on Instagram recently.

Neff reached out to Anna to wish her a happy birthday.

“You’re my favourite Aquarius!” she wrote.

“You’re the Thelma to my Louise. And even though I don’t agree with all the things you’ve done in this lifetime, I could never be shady and forget about you.”

What is Neff doing now?

Despite enjoying expensive meals out and $100 tips thanks to her rich friend Anna, Neff’s life continues.

She is now reportedly a supervisor in a branch of Starbucks in New York.

However, aspiring film director Neff revealed (to Bustle) that she helped to develop the onscreen character and worked with producers SHONDALAND as a consultant.

She said it was her “dream come true”.

Inventing Anna is currently available to stream on Netflix