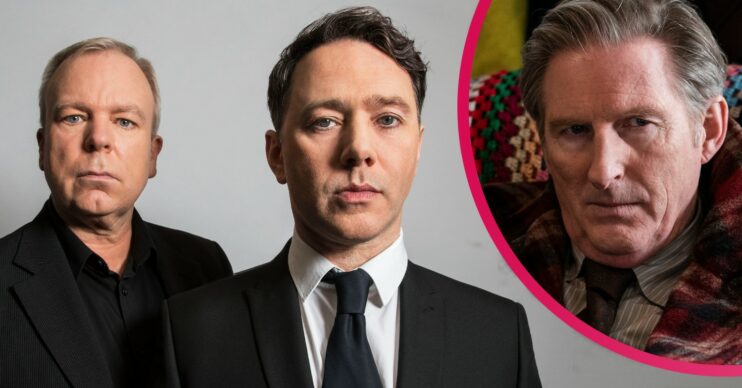 Inside No 9 on BBC Two: Will there be a new series? How can I watch old episodes?

The dark comedy comes to a bittersweet end this week

Inside No 9 comes to a chilling end this week on BBC Two, leaving viewers wanting more – so will there be a new series?

Will the comedy duo film more of the episodes, which sees each story take place behind a door marked number 9?

And how can you watch old episodes?

Inside No 9: Will there be a new series?

Good news Inside No 9 fans!

Reece Shearsmith and Steve Pemberton will be writing at least one more series.

BBC Two would be bonkers not to have recommissioned it!

Read more: Sian Clifford guest stars as Iris in Inside No 9 – but what else has she been in?

After all, the comedy series won a BAFTA in the recent 2021 awards ceremony.

It won Best Scripted Comedy, beating Ghosts, This Country and Man Like Mobeen.

BBC Two confirmed there would be a series seven last year.

At the time of the announcement, Reece and Steve Pemberton said: “Little did we know when we started Inside No 9 in 2014 that we would end up with as many episodes of it as Countryfile.

“We are delighted and exhausted in equal measure at the prospect of two more series-worth of tall tales and fearsome fables.

“However, we will endeavour to showcase the very best of what the BBC can do in every genre with 30 minutes of story-telling and some half-decent wigs.

“We might even try a Countryfile episode, no one would expect that…”

Series seven will stay true to the show’s anthology format with each series containing six brand-new half hour films, each set in a different location.

The style and tone changes each week, combining a different mix of horror, thriller, drama and comedy.

How many series of Inside No 9 have there been so far?

There have been six series so far, comprising of 36 episodes.

The series first launched in 2014, and has even broadcast a live episode entitled Dead Line.

How can I watch old episodes?

All previous six series of Inside No 9 are currently available to watch on BBC iPlayer.

Read more: Inside No 9: Who joins the cast opposite regulars Steve Pemberton and Reece Shearsmith?

Casts don’t come much better than that!

Which famous faces have guest starred in Inside No 9?

Dozens of famous faces have appeared in Inside No 9.

Denis Lawson appeared in A Quiet Night In in series one, followed closely by Gemma Arterton, Tamsin Greig, Julia Davis and Helen McCrory – and that’s just in series one.

A couple host their annual Last Night of the Proms party in the final episode of the sixth series.

However, patriots Dawn and Mick have their feathers ruffled by mysterious stranger Yusuf (played by Bamshad Abedi-Amin).

He enters the fray and events take a rather unusual twist… And that’s by Inside No 9 standards!

BBC Two Inside No 9