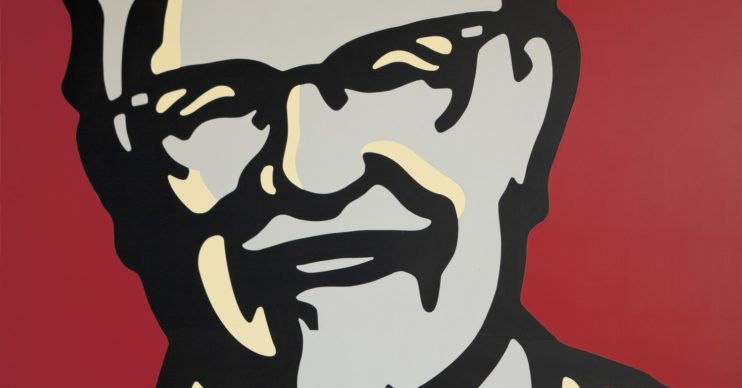 Kentucky Fried Chicken has been going strong ever since 1952, and remains the world’s second-largest restaurant chain after McDonald’s. But it’s also been involved in some controversy – what are the biggest KFC scandals?

Remember the outrage in 2018 when a chicken shortage caused 600 branches of KFC to temporarily close?

Here’s everything you need to know about KFC’s biggest scandals to hit in recent years, as C4 air a documentary about the fast food chain.

Read more: KFC launches Christmas burger that you pour gravy all over and Brits are divided

What are KFC’s biggest scandals?

The Hermiston Gait KFC in Edinburgh was temporarily closed last week after a “surprise visitor” was found on the premises.

A KFC spokesperson said: “It wasn’t a rat, but we did have an unwelcome guest at our Hermiston Gait restaurant.”

The restaurant closed for a day to “fully fix” the problem.

In May, an angry KFC fan slammed the chain, insisting it “shouldn’t be open”.

The unnamed person visited a KFC drive-thru at the Kingswood Retail Park in Hull.

They told the Hull Daily Mail they’d been served by staff who weren’t adhering to social distancing guidelines.

The woman said she also noticed a number of staff members not wearing protective masks or gloves.

A rep for KFC told ED! that “stringent hygiene and social distancing measures are in place”.

As a result of the coronavirus outbreak, KFC added: “Any of our team members who are packing and handling orders must wear gloves.”

KFC found itself targeted by bogus rumours in 2014 about the quality of their chickens.

The chain was accused of genetically modifying chickens to create bigger, meatier birds.

This led to fake claims that the company’s rebranding from Kentucky Fried Chicken to KFC was legally required because they weren’t actually serving up chicken.

KFC insist their chicken is very much real.

Their website says: “One hundred per cent of our chicken is real and meets independently assured animal welfare and food safety standards, all the way from farm to fingers.”

An employee claimed mac-and-cheese and green beans were three or four days old in a 2013 video shot in a KFC kitchen.

The employee said: “I want the world to know this is what we do after we close. Then we feed it to the customers.”

It went viral again in 2017, several years after it was originally posted on YouTube.

KFC issued a statement saying: “This video was filmed many years ago and does not reflect our standards or food handling procedures.

“It, unfortunately, resurfaces online from time to time, often tagged as various locations inaccurately. The actions of those former employees was unacceptable.”

A customer at a Los Angeles KFC claimed he was served a Kentucky Fried Rat in 2015.

In reality, despite the deep fried chicken genuinely resembling the shape of a rat, it was chicken as promised.

KFC investigated and tested the alleged rodent, and issued the statement: “An independent lab officially confirmed what KFC knew all along – the product was chicken and not a rat.”

However, the family of the late Colonel Sanders denied he’d ever used racist language.

The former Baywatch star blasted the fast food chain for the alleged treatment of its chickens.

KFC insisted they have an independent panel of outside experts who set their high standards.

They said: “They are the same standards that all our competitors use to insure humane treatment around the country.”

In 2005, Monika Samaan allegedly ate a KFC chicken wrap that gave her salmonella poisoning so severe it left her brain damage and confined to a wheelchair.

Her family sued KFC, which denied responsibility and challenged the allegation that their chicken was responsible for the salmonella poisoning.

In 2017, random testing found fecal bacteria in KFC branches around the UK.

A TV news report tested samples of ice from 10 different fast food outlets throughout the UK, including McDonald’s, Burger King, and KFC.

Five samples had “significant” levels of fecal bacteria from KFC.

A spokesperson for KFC said: “We immediately shut down the ice machines in the restaurants affected to conduct a thorough clean and inspection, and reinforced the importance of adhering to our strict procedures to all employees.”

And it’s certainly not just KFC…

Or claims that Burger King restaurants in Europe had been passing off horse meat as hamburger?

What is Inside KFC at Christmas?

Inside KFC at Christmas is a one-off documentary about the chain’s turbulent 2020.

Channel 4 go behind the scenes as the team at KFC prepare to face Christmas after one of their most challenging years.

This documentary will provide a unique look at one of the nation’s best loved fast food restaurants – from the board room to the kitchen floor – via the likeable staff.

We watch KFC as they attempt to launch a new festive burger to keep customers coming back.

Viewers will also follow the struggles of the franchise owners trying to keep their businesses going during a global pandemic.

Is there a real Colonel Sanders?

During that time, he developed his “secret recipe” and his patented method of cooking chicken in a pressure fryer.

The title ‘colonel’ was honorary…

He was a Kentucky Colonel, not one of military rank.

Is there a film about Colonel Sanders?

Mario Lopez currently stars as Colonel Sanders in the short film A Recipe for Seduction on Lifetime.

The Saved by the Bell actor portrays a sexy version of the famed mascot in the film, which is really a commercial for KFC.

His task is to protect his secret recipe at all costs!