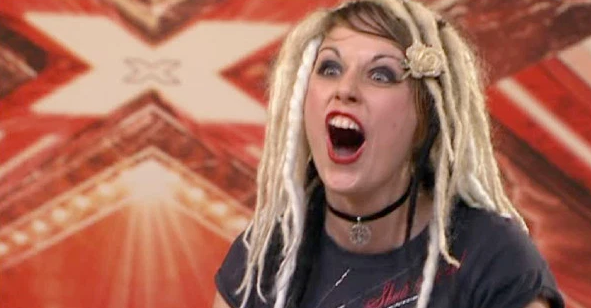 The cause of death of X Factor contestant Ariel Burdett has been revealed as an incision to the neck.

Ariel’s death was reported yesterday, after a friend posted a tribute on social media.

In the post announcing her death, friend Reza Bagheri wrote on Monday: “Unfortunately Ara has passed away.”

Another poster wrote: ‘It is with great sadness that I post this, as I have only just found out myself.

“A some-time member of the moot, Amy Burdett aka Arabella Starchild passed to the Summerlands earlier this month.”

One tribute read: “Ariel Burdett is gone. What a loss.”

Another said: “I can’t believe that she died… rest in peace, Ariel Burdett.”

Unfortunately Ara has passed away.

An inquest held today at Wakefield Coroner’s Court ruled there were no suspicious circumstances surrounding her death.

According to Mirror Online, employees of Ariel’s landlord had been called to the property to check on her on November 4.

There was no answer and the door was locked. On November 12 they forced their way into the property and found her dead in bed.

There was a stab wound to the right side of her neck and the pathologist concluded that the cause of death was an incision wound to the neck.

Ariel, real name Amy, who later changed her name to Arabella Starchild, appeared on the show in 2008 and famously ripped off her badge declaring she was a “human being, not a number”.

Her performance was one of the most memorable in the series, with Simon Cowell telling her, “That was a complete and utter nightmare.”

“The idea behind it was that you get to understand that every line was a different style,” Ariel replied.

Ariel, an holistic voice coach, said she was a “specialist, not a generalist” and her performance was “not something to be liked” but something “to be understood from an academic perspective”.

Cheryl, who was a judge at the time, added: “If I came to you for holistic [coaching] I would be scared of you, you’re actually really quite scary.”

“The way you walked over to me I thought we were going to have a scrap.”

Ariel retorted that Cheryl had “never been a rock singer”.

She was then escorted out by security, but not before telling the judges to “shove a bit of metal right up your [bleep]”.

Simon concluded: “She is the angriest woman in the world, she is awful.”

If you are struggling and need someone to talk to call Samaritans free on 116 123 or email jo@samaritans.org.