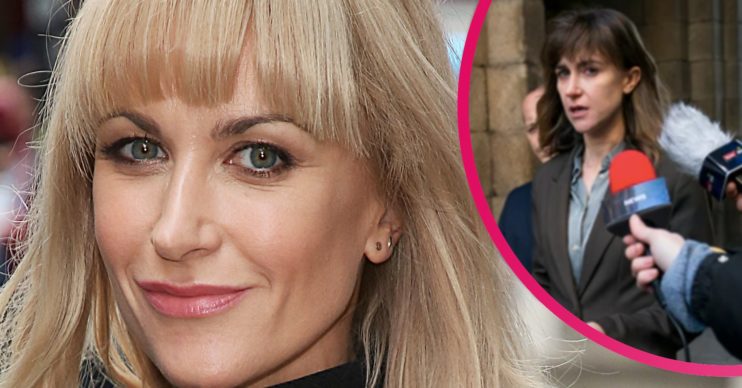 Innocent star Katherine Kelly is an English actress who is well-known for starring in top quality dramas.

The mum-of-two, 41, is currently starring in series 2 of the hot ITV drama Innnocent.

And her leading role is already earning stellar reviews from viewers and critics alike.

Read more: What happened in series one of Innocent?

So what else has Katherine been in? And will she ever return to Corrie?

We take a look at Katherine Kelly’s acting career below…

Becky started out as a troubled tearaway and former con artist. But she gradually reformed into a viewer’s favourite and became beloved for her feisty and fun personality.

After divorcing Steve McDonald, she left Corrie for a fresh start in Barbados with her new man Danny Stratton.

Despite the character’s popularity, Katherine has ruled out ever returning to the cobbles.

In a recent interview she told Scotland’s The Herald: “That character was very much of her time, and I think, in all honesty, she would be a bitter disappointment to revisit.”

Adding: “I would hate for her to be spoiled in any way, because it was such a perfect character, at a perfect time.

“Becky’s better left with a fondness.”

Katherine Kelly has starred in plenty of dramas since leaving Coronation Street.

You may remember her as Lady Mae in Mr Selfridge or as Jodie Shackleton in Happy Valley.

She also played the Permanent Secretary in the revered BBC series The Night Manager.

And as DI Karen Renton opposite Joanne Froggatt in series two of Liar.

What’s next for the actress?

Other than Innocent, no further roles have been announced for Katherine. But we are sure she has plenty of exciting projects up her sleeves.

However, the star said in a recent press conference that she is now deliberately careful about which roles she takes on.

Katherine explained: “I’ve always been of the attitude that I would rather be a smaller part in something good than the lead in something crap, I don’t have that ego. For me, it’s about quality not quantity.

“I’ve turned down jobs when I just feel like I’ve just got a bit too much on.”

What is Innocent series two about?

Innocent series two is about a teacher who attempts to rebuild her life after being wrongly accused of murder. Katherine stars as English teacher Sally Wright.

She was imprisoned for allegedly murdering schoolboy Matty. However, new evidence leads to her exoneration, and she attempts to repair her crumbled reputation, career and personal life.

Filmed around the Lake District, Sally returns to her hometown and tries to regain the trust of her former community.

She’s determined to become a teacher again, and get back her husband Sam, who divorced her two year into her prison sentence.

*Innocent series two airs on Mondays at 9pm on ITV. Already aired episodes are available to stream on ITV Hub.

So are you watching? Let us know on our Facebook page @EntertainmentDailyFix.