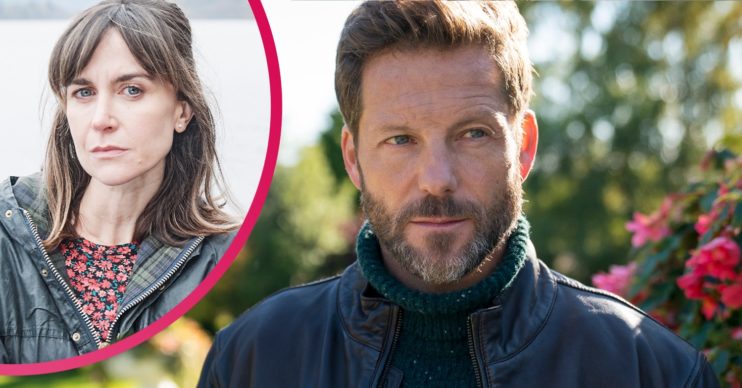 Innocent series 2 episode 4: Six clues that Sam Wright was the killer all along

Innocent series 2 two came to a dramatic conclusion on with episode 4 on Thursday (May 20 2021) with the killer finally revealed as Sam Wright – so what were the clues that Sam killed Matty?

There were plenty of people in the frame – including Sally Wright, Matty’s parents, Matty’s birth dad Gary Walker and obsessed stalker Anna Stamp.

Of course, many suspected shady mother and daughter duo Karen and Bethany Moss.

Read more: Innocent series 2: Where was it filmed? The A Word, The Lakes and Hetty Wainthrop Investigates were made nearby

Sam Wright (Jamie Bamber) was at the centre of the storm all along.

Anyone who’s ever watched a crime thriller before knows that the killer is always hiding in plain sight.

From the start, Sam seemed too good to be true.

Charming, supportive and measured, he was a respected member of the community.

In fact, people would have pitied him because of his wife’s conviction.

Back in episode one, Karen told Sam that she would forgive him for “anything”.

She made the statement during a moment of passion on the stairs of their home.

Did she know something about her intended husband that the police didn’t?

Viewers knew that Sam had more motive than most to murder Matty Taylor.

Everyone believed that Sam’s then-wife Sally was having an affair with Matty.

In fact, viewers learnt in the series finale that Sam was the one having an affair with Matty.

Sam admitted he was in love with Matty, but did not want the truth to come out.

In a heated row about their secret relationship, Sam lashed out and killed him.

4. His alibi was rubbish

At the end of episode three, his so-called alibi Aaron Holmes phoned him for a “little chat”.

As a probation officer, Sam had plenty of opportunity to manipulate those under his ‘care’.

Aaron was a drug user, who was easily persuaded to agree to Sam’s terms.

5. He abandoned his wife in jail

Frankly, we all should have known that Sam was shady from episode one.

Who would abandon their innocent wife and move on with another school mum?

Sam walked away from his marriage after Sally (Katherine Kelly) was convicted of the crime HE committed!

That is a cold, cold heart right there.

6. He snitched on his fiancée

Sam seemed very keen to go to the police after finding out about Karen’s fight with Matty on the day he died.

He knew it would implicate his fiancée in the crime…

Clearly telling tales on Karen helped deflect the spotlight from his own secrets.

And we all knew Sam was a good liar…

After all, he lied to Karen about Sally coming to their house.

Was anyone surprised that Sam was the murderer? Probably not.

But that doesn’t mean it wasn’t a thrilling finale, full of twists and turns.

And Sally got her happy ending.

Innocent series two is currently available to watch on the ITV Hub.

Did you guess Sam Wright was the killer? Leave us a comment on our Facebook page @EntertainmentDailyFix.