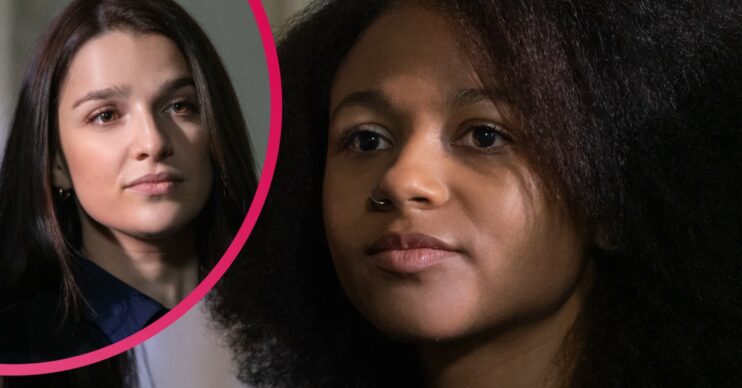 Industry season 2 on BBC One: How many episodes is it, when does it start and can I watch the trailer?

The gripping HBO drama arrives on BBC One

Industry season 2 is nearly here, and fans are already chomping at the bit to watch it.

The first series, which aired in late 2020, introduced us to a largely unknown British cast.

And we grew to love and hate the ruthless bankers in equal measure.

So when does Industry season 2 start, and how many episodes is it?

Does it pick up where season 1 ended, and is there a trailer?

Here’s everything you need to know about Industry season 2 on BBC One, which is coming soon!

When is the Industry season 2 start date?

Unlike season 1, which aired on BBC Two, this new season will also air on BBC One and BBC iPlayer.

BBC viewers will have to wait until September to watch it.

It’s a well deserved promotion for the gripping drama.

It follows in the footsteps of Line of Duty, which started on BBC Two before moving to BBC One.

How many episodes is new series?

Each episode runs at about 45 minutes long.

What happened at the end of season 1?

Industry season 1 followed a group of young graduates competing for a permanent spot at a top investment bank in London.

It was brutal and ruthless at times, and our sympathy fell at the feet of the group – which included Robert, Yasmin, Gus and Harper.

Tragically, not all of the graduates could cope with the in-house bullying and super stressful environment, with Hari dying in episode one.

Due to the success of Industry season 1, HBO commissioned season 2.

Season 2 of Industry will continue to follow the tense trading floor negotiations.

Harper will have to live with her pact with the devil…

At the end of series 1, she chose to bring back her toxic boss Eric Tao over Sara Dhadwal (who wanted the young grad to help her change the culture at Pierpoint).

The decision secured her job, but shattered her relationship with Daria Greenock (Freya Mavor), who was fired to make room for Eric.

The decision also made Harper very unpopular with friend Yasmin.

Elsewhere in the season 1 finale, Yasmin finally got out of her unhappy relationship, Gus threw away his chance at Pierpoint, and Robert’s future at the bank was left unknown.

We can’t wait to find out where they are now.

At the end of Industry season 1, Harper picked herself and everyone else be damned.

Season 2 will see the fallout of her decision.

Executive producer Jami O’Brien said: “Harper’s nothing if not tough.

“Season 2 will see her swing back to life, re-energized by new work relationships, new love interests and a potential lead in the search for her brother.”

Co-creator Konrad Kay told EW that season 2 will explore the upper-management of the firm.

He said: “Their relationships with the senior figures only become deeper in the second season, so you get more of a sense of that stuff.”

Season 2 picks up a year after the height of the pandemic and the grads are no longer allowed to hide behind their graduate status.

Harper, Yasmin and Robert must drive new business and make new alliances both in and out of the office as Pierpoint and its junior bankers seek to take every advantage in a post-Covid world.

Is there a trailer for Industry season 2?

Yes, HBO has released a short trailer for season 2 of Industry.

The teaser shows Harper talking about “flying close to the sun”.

Meanwhile, Robert is seen partying his worries away, as well as being the object of client Nicole’s advances.

Viewers will know Sarah Parish’s character sexually assaulted Harper in the back of a cab in season 1.

And, of course, Eric is screaming his head off as per.

Harper did make her bed, though…

After watching the trailer, one fan gushed: “One of the best shows on TV!”

Others said they were “pumped”, and “excited”.

How can I watch Industry season 1?

Season 1 of Industry is available to catch up on the BBC iPlayer.

All eight episodes are currently calling you for a recap before season 2 starts!

Who’s in the cast of Industry season 2?

The main players of Industry season 1 all return.

These include Myha’la Herrold as Harper Stern, Marisa Abela as Yasmin Kara-Hanani, and Harry Lawtey as Robert Spearing.

New cast regulars this season will stir up the status quo at Pierpoint & Co.

These include Twenties star Alex Alomar Akpobome as Danny Van Deventer, a wonderkid Executive Director from the New York office.

Co-creator Mickey Down told Entertainment Weekly that “the universe of the show has expanded substantially to include new clients, new bosses, new love interests”.

Will there be a season 3 of Industry?

A season 3 of Industry hasn’t yet been commissioned.

It all depends on whether viewers want more.

In an interview with GQ, co-creator Mickey Down said that he and Konrad Kay would love to continue the show for multiple seasons.

He said: “The idea of doing a version of the show which goes on for a long time is one that we’d love to do.

Industry returns to HBO with season 2 on Monday August 01 2022. BBC viewers will have to wait until September.