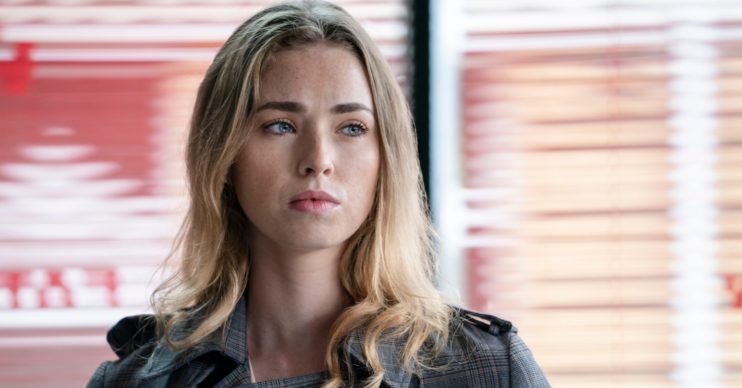 Industry on BBC Two: Who is Freya Mavor, who plays Daria Greenock?

Industry on BBC Two has recently been commissioned for a second series. It stars a young cast of fresh faces we should expect to see more of in the future. So who is Freya Mavor, who plays Daria Greenock?

Skins fans will recognise the actress from her role in the E4 drama – but what else has she been in?

Here’s everything you need to know about Industry cast member Freya Mavor.

Read more: Industry on BBC Two: Will there be a second series?

Who is Freya Mavor?

Freya is a Scottish actress and model.

She clearly has talent in her bones, as her dad is the award-winning playwright James Mavor.

Her grandfather, Ronald Bingo Mavor, was The Scotsman’s theatre critic in the early 1960s before he became the director of the Scottish Arts Council.

Freya has been acting since she was at school, and her first significant TV role was as Mini McGuinness in the E4 teen drama Skins.

Since then, she has appeared in dozens of TV shows and films.

She is also a keen amateur photographer and a passionate supporter of the Extinction Rebellion cause.

As if being good at acting wasn’t enough, she can play the piano and also speaks French fluently.

She is currently 27 years old.

She grew up in Inverleith, Edinburgh.

He mother is Irish with some Danish ancestry.

Read more: Industry on BBC Two: Who is Myha’la Herrold, who plays Harper?

Who does Freya Mavor play in Industry?

Freya plays Daria Greenock in HBO’s Industry, which airs on BBC Two in the UK.

Daria is the Vice President of Cross Product Sales at Pierpoint & Co.

A VP on the CPS desk, Daria is a great counterpoint to Eric’s aggressive sales strategy.

She shows Harper that there’s more than one way to be a saleswoman.

What else has Freya been in?

Freya starred as Mini McGuinness in Skins between 2011 and 2012 – in the fifth and sixth series of the show.

She went on to star as Liz in the film Sunshine on Leith, and Princess Elizabeth in the TV series The White Queen.

She played Beth Fanshawe in New Worlds, and Freya in French comedy Castings.

In 2018, Freya starred as Thora Grey in Poirot drama The ABC Murders.

In Twice Upon a Time, she portrayed Louise Arron.

She won the role of Industry’s Daria Greenock in 2020.

What will Freya star in next?

Freya is expected to star in the second series of Industry, expected in 2021.

Sadly, her performance as Mari in the film Gore may never see the light of day.

It starred disgraced actor Kevin Spacey as Gore Vidal, but Netflix have made it clear they “would not be moving forward” with the film.

Does Freya have a boyfriend?

Freya is currently single, if her social media account is anything to go by.

Her significant other appears to be a beautiful grey cat called Marcel.

Industry continues on Tuesdays on BBC Two until December 22 2020. The series is available to watch on iPlayer.