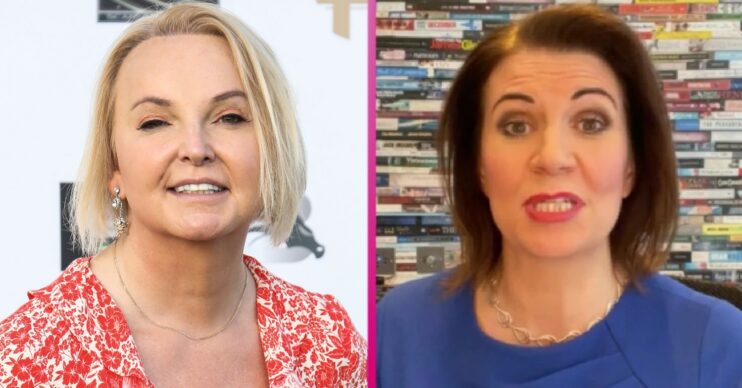 India Willoughby has slammed This Morning following an appearance from Julia Hartley-Brewer.

The broadcaster took to social media to share her disappointment after the radio presenter featured on the show today (November 17).

Julia is a regular face on This Morning and often appears during the show’s debate segment.

Julia featured on the show alongside Nick Ferrari earlier today.

However, her appearance didn’t sit well with India.

The Celebrity Big Brother star was quick to share a series of tweets previously made by Julia.

Her comments were particularly offensive towards transgender women.

In September, Julia wrote: “I see #TransWomenAreWomen is trending. Trans women are trans women – biological males living as women. They are not a subset of women.

“Adult human females are not cis women. We are not a subset of women, we are not the vagina variant, we are WOMEN. #YouCantBeOffendedByTheTruth.”

In addition, Julia also made a comment about transgender athlete Laurel Hubbard in July this year.

Why isn’t this taken as seriously as racial or homophobic insults? She and you know it’s offensive – but you keep using her. It’s wrong @ITV @ThisMorning @Schofe . But you keep quiet. So disappointing.

India threatens to switch off

India was quick to point out that Julia’s appearance came one day after Azeem Rafiq’s testimony of racism in cricket.

She tweeted: “After yesterday’s heartbreaking testimony of cricketer Rafiq, you put Julia Hartley-Brewer on – a woman who is doing exactly the same NOW to another minority. If this was race – sacked.

India added: “Why isn’t this taken as seriously as racial or homophobic insults? She and you know it’s offensive – but you keep using her. It’s wrong @ITV @ThisMorning @Schofe. But you keep quiet. So disappointing.

“It’s exactly what Rafiq was talking about yesterday. Just brushed over. Ignored. I love your show – but how can I watch when she’s on?

“You either stand for inclusion and diversity, or you stand with bullies.”

Read more: This Morning: Holly Willoughby replaced for a second day as Josie Gibson takes over

India is the UK’s first transgender newsreader for both BBC and Channel 5.

ED! has contacted This Morning and Julia’s representative for comment.