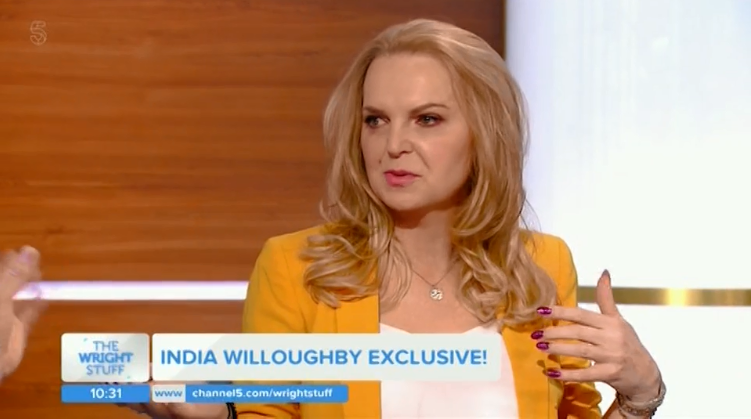 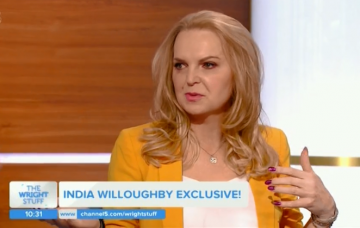 She felt unfairly treated by them in the CBB house

India Willoughby has blasted some of her former Celebrity Big Brother housemates in a revealing interview today.

After becoming the first person evicted from CBB, the transgender news presenter appeared on Channel 5’s The Wright Stuff to talk about her time in the house.

And she said she’d been treated as “the runt of the litter” by some of her female housemates, naming two in particular.

India said: “Within an hour of going in the house, I was being misgendered left, right and centre. I started off politely pointing out why that was inappropriate.”

But matters came to a head when her housemates allegedly attempted to force her to sleep in the boys’ bedroom, in scenes India said Channel 5 didn’t air.

India revealed: “I ended up in the girls’ bedroom, Ann quite happily went off to the other bedroom then decided she wanted to come into this bedroom.”

“The girls all had a conference and decided if anyone was going to move it should be me. I didn’t feel like I should be going in the boys’ bedroom.”

India picked out Rachel Johnson and Ann Widdecombe in particular, for having a “game plan”.

She said: “There was an undercurrent from the start, because of what they were doing – the misgendering – it marked me out as runt of the litter.

“If you’re continually being questioned about whether you’re he or him, you are going to reaffirm your gender.”

She said: “Two people in particular played me like a fiddle. Those two people are Rachel Johnson and Ann Widdecombe.

“This chip-chip-chipped away at me from the start, it marked me out as the runt of the litter almost.”

Storm asked: “A lot of people say you could have given Ann and Amanda a bit of leeway for their age, for getting things wrong.”

India replied: “I exploded at Amanda Barrie – and this is because you don’t see the bits in between. When that is incessant, I shouldn’t have to say what my gender is.

“If people are continually questioning it and getting it wrong, I do have to correct them and that builds up over a period of time.”

India also referenced the surprising moment she flashed her chest at Rachel.

She recalled: “Rachel, Boris’s sister, begged to see my bazookas. It’s as plain as that. She was doing it because she knew the effect it would have.

“I thought, do you know what, I’m just gonna let me my body speak for itself. They can see that I’m a woman.”

A spokeswoman from Channel 5 said: “Whilst India was in the CBB house she slept in the girls’ bedroom. Ann slept in the other bedroom until the male housemates arrived. This has all been shown.”