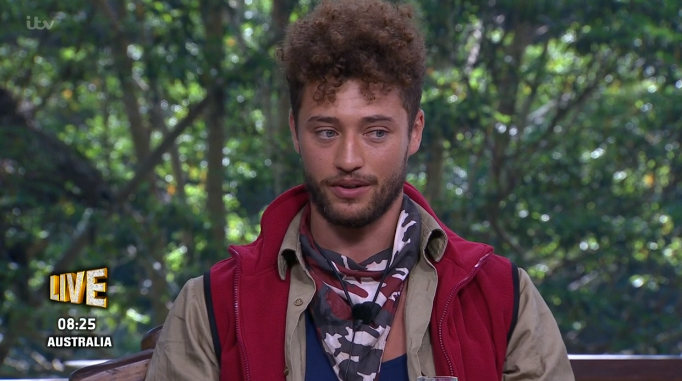 Myles Stephenson has revealed that his ‘affair’ conversation with Jacqueline Jossa in the I’m A Celebrity jungle DID happen.

The conversation, which was not aired, was said to have seen Rak-su singer Myles, 28, tell eventual winner Jac that he believed her husband Dan Osborne had cheated on her with his ex Gabby Allen.

Speaking to Metro, Myles said of the conversation: “It did happen, but it wasn’t on air.

Basically she asked me in the main camp and I said ‘now is not the time to talk about it.

“Basically she asked me in the main camp and I said ‘now is not the time to talk about it’, and when we got a spare five minutes on the way to a trial we spoke about what I had read [in Gabby’s messages] and that was it.

“I’d found messages when me and Gabby were together. She listened to what I’d read and she took it on board and she moved on from it. So I’m glad that she took it in and made a decision on what she wanted to do.”

A report in The Sun alleged that Dan had slept with model Chloe Ayling and US reality star Natalie Nunn.

But Dan hit back, saying the rumours were false.

He said on Instagram: “As I said in my post earlier this week, news outlets were trying to find anyone who would talk complete rubbish about me for money and it looks like they found someone who has no morals!

Following the furore, Jac was believed to have refused to appear on the likes of Lorraine, Good Morning Britain and This Morning for a chat about her time in the jungle.