Campmates Ian Wright and Caitlyn Jenner could be punished for handling contraband in I'm A Celebrity... Get Me Out Of Here!

In last night's (25.11.19) episode, the celebs were treated to a huge roast dinner as a reward for their efforts during the Love Island-themed live trial.

But as they had failed to collect the final three stars, Ian, Andy Whyment and Cliff Parisi - who were bottom of the controversial priority table - had to remain at main camp while the others got to enjoy the feast. 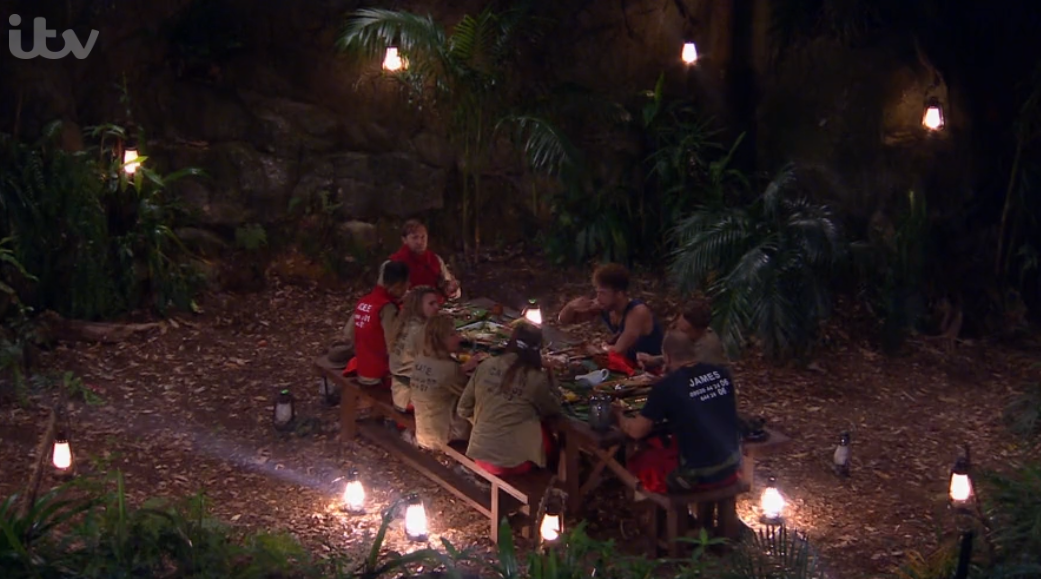 A reward for their efforts at the live trial (Credit: ITV)

It was an impressive spread featuring whole chickens, potatoes, gravy and other staples of a roast dinner, and while the campmates chowed down, it appeared at least one of them felt sorry for the trio left behind at main camp.

At the end of the meal, the cameras spotted American reality star Caitlyn Jenner hiding a corn on the cob in her hand. 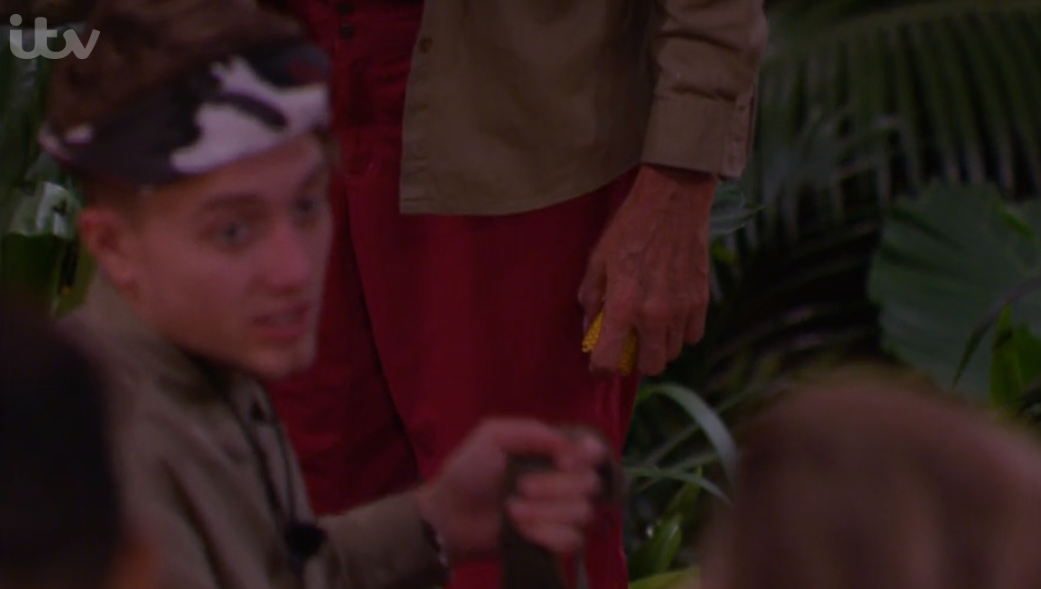 Caitlyn took a corn on the cob back to main camp (Credit: ITV)

When they arrived back at main camp and reassured the others the meal was just "alright", Caitlyn went straight over to former footballer Ian and dropped the cob into his hammock.

Ian was gratefully munching it when camp leader James Haskell came over and warned him: "Just keep that to yourself."

Speaking afterwards in the Bush Telegraph, Ian said: "I don't think you lot have got any photographic evidence of any misdemeanours in the food department. I defy you lot to find any." 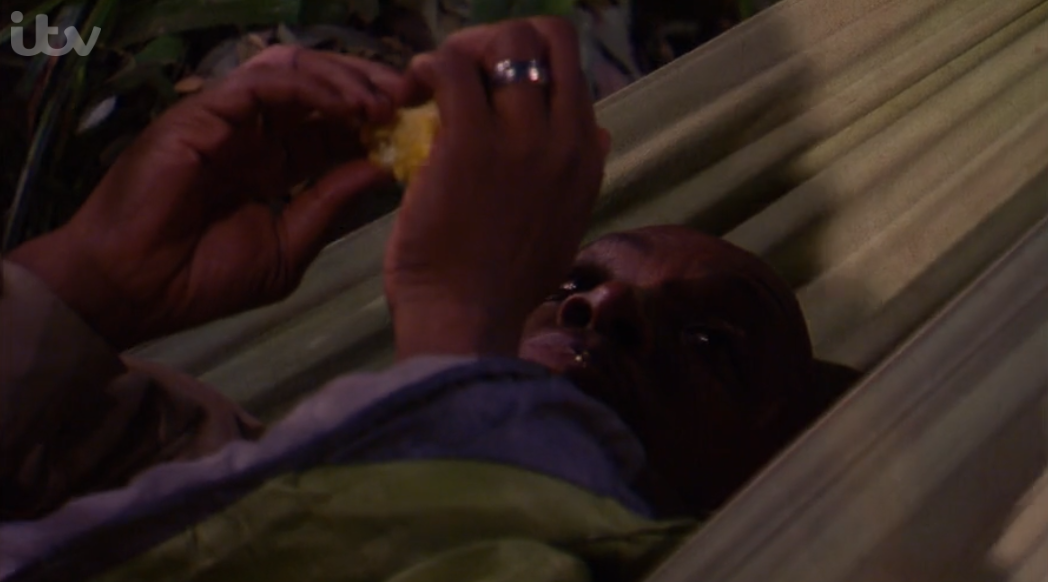 Hosts Ant McPartlin and Dec Donnelly hinted there could be plans to punish Caitlyn and Ian for the transgression. 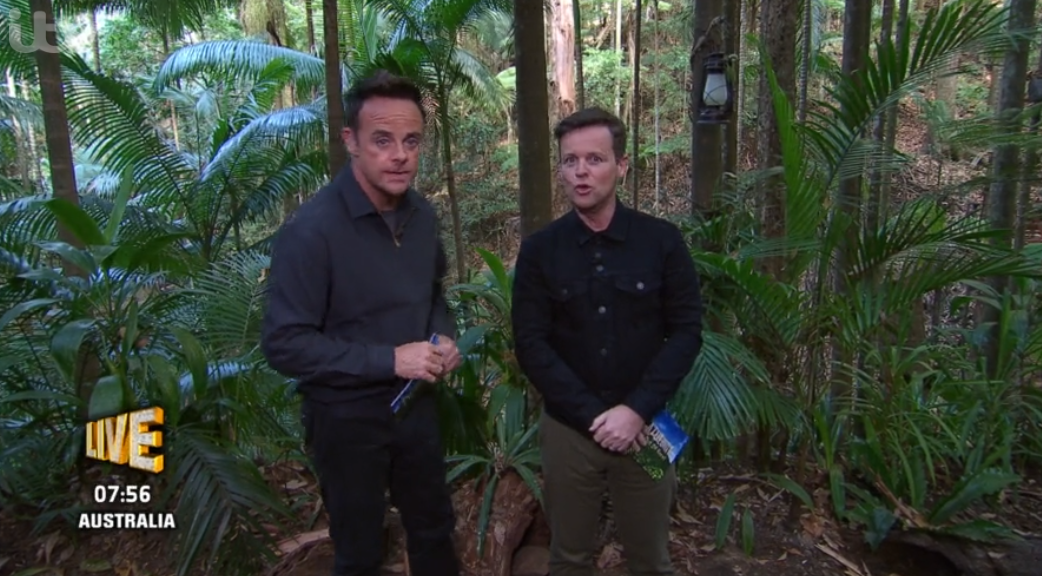 Ant and Dec said the contraband had been "noted" (Credit: ITV)

Read more: Kimberley Walsh reveals Cheryl 'cried her eyes out' over rumours they voted for Nadine to do trials

Elsewhere in last night's episode, it was revealed that Andrew Maxwell will be taking on the next trial.

It was whittled down to the Irish comedian and his campmate Jacqueline Jossa, who looked terrified at the prospect of having to do another Bushtucker. But when she found out viewers had chosen Andrew, she was over the moon.

Do you think Caitlyn and Ian should be punished? Leave us a comment on our Facebook page @EntertainmentDailyFix and let us know.