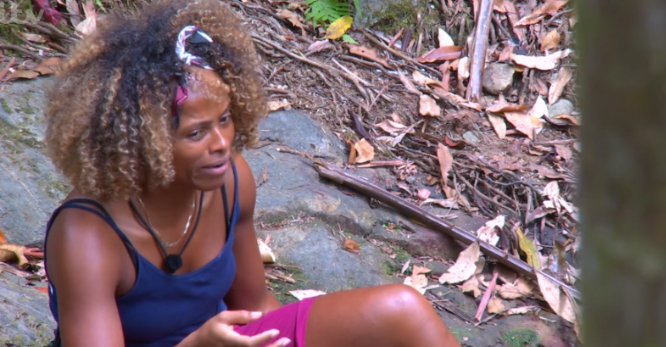 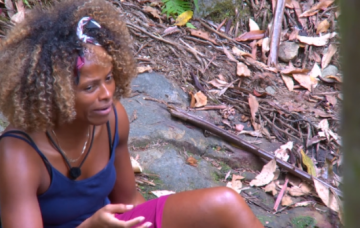 She was playing a game with her campmates

Fleur East has admitted she would snog her I’m A Celebrity campmate Nick Knowles.

The X Factor star made the revelation during a game of ‘snog, marry or push over a cliff’ with her fellow campmates Emily Atack and Sair Khan on Monday night’s show.

The trio were doing their chores around camp when Emily asked Fleur to pick who she would kiss, marry and push off a cliff out of James McVey, Malique Thompson-Dwyer and Nick, 56.

Scrunching her face up, Fleur said: “I would snog Nick,” as Emily and Sair squealed: “Ew!”

The singer, 31, continued: “I would marry James because he’s a lovely boy and then I would push Malique off a cliff because he’s my brother and I couldn’t kiss or marry him.”

Meanwhile, The Inbetweeners actress Emily told her campmates: “I would snog Malique, marry James and Nick is off the cliff, just because he’s slightly too old for me but he is handsome and lovely.”

Emily, 28, explained in the Bush Telegraph: “Nick got pushed off the cliff just because he’s too old for us, we look at them more like dads.”

She said: “I would snog Noel,” leaving Fleur in fits of laughter.

In the Bush Telegraph, Sair quipped: “I am snogging Noel Edmonds, don’t tell my boyfriend!”

Emily then asked Fleur to pick from the women in the camp, saying: “So it’s me, Sair and Rita [Simons] that’s all there is.”

Fleur said: “I would snog Emily, marry Sair and Rita’s gone mate and if I snogged her I think I would have troubles, she’d keep hounding me!”

Emily joked: “She’d put a turd through your letter box if you did anything to upset her.”

Changing her mind, Emily said to Sair: “Actually I’d push you off the cliff because I’ve just looked at my life and thought the cooking and organisation would only work a certain amount and then I’d have to shake things up and get in trouble.”

What did you think of Fleur, Sair and Emily’s revelations? Leave us a comment on our Facebook page @EntertainmentDailyFix and let us know what you think!