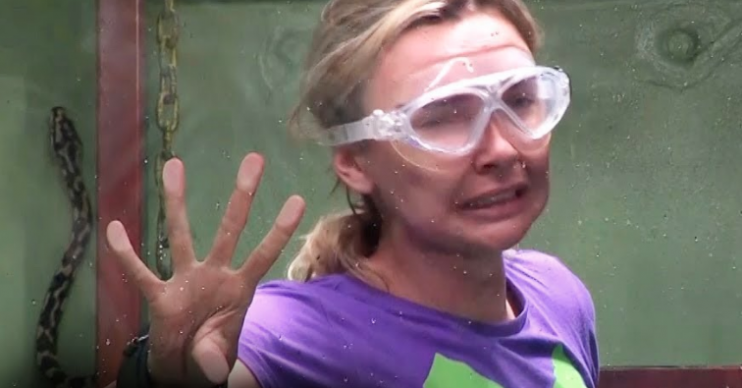 Ant and Dec are concerned for her

Nadine Coyle may wish her fans had never demanded she features more prominently on I’m A Celebrity after the former Girls Aloud singer is put up for the Sinister Circus challenge.

The Irish star looks very distressed and wails in panic as she encounters some scary-looking creatures in a teaser of scenes set to air on ITV tonight.

Nadine, 34, has been a fairly low profile famous face in the jungle series so far – but it seems her participation in this Bushtucker trial could live long in the memory for both her and viewers.

She lines up alongside Roman Kemp, Jacqueline Jossa and Ian Wright to take on the task which sees them try to escape from tanks that contain snakes and crabs and are filling up with water.

Read more: I’m A Celebrity: Viewers raging after Cliff Parisi is ruled out of ANOTHER trial on medical grounds

“Oh my God, I hate it,” whines Nadine as she has difficulty remembering her instructions, which include unpicking a lock attached to her wrist and making her way to the bottom of the tank to retrieve ‘codes’.

She continues to flounder – but also keeps trying to carry on, gasping mouthfuls of air as she attempts to dive down on numerous occasions.

“Use the ladder,” an encouraging Ant suggests as Nadine tries to compose herself.

However, she fails to conquer her fears in this clip, fretting: “I can’t do this.”

Nonetheless it appears she may have more overall success at beating the Sinister Circus than some of her campmates, with Roman and Ian looking unable to free themselves at all.

But will Nadine’s efforts – in combination with those of her three fellow campmates – translate into stars to provide a meal for the entire group?