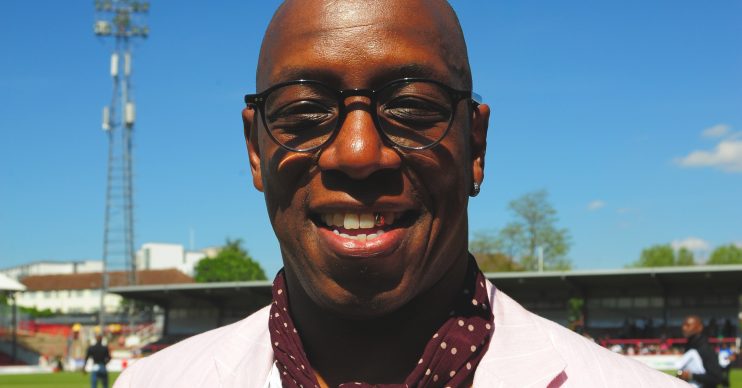 Kate Thornton ended up as the show's presenter

Ex-talk show host and I’m A Celebrity star Ian Wright previously turned down the chance to present The X Factor, according to reports.

Retired footballer Ian claimed Simon Cowell offered him the job in the early 2000s, when he was riding high as a presenter on the small screen.

But the telly pundit, 57, was said to have decided against it after trying out for the role on a show called This Is Your Moment.

Kate Thornton went on to host The X Factor from 2004 to 2006, before Dermot O’Leary took over the role.

According to the Daily Star, Ian said: “I remember there was time before X Factor and that started, they wanted me to do that X Factor show because they tested it out with a show called This Is Your Moment way back.

“It was that show where I thought to myself I just couldn’t do it any more.”

…they wanted me to do that X Factor show because they tested it out with a show called This Is Your Moment way back.

He added: “It turned out to be very good but, the thing about it is, I wouldn’t have been happy doing it.”

Following the success of his football career, which saw him play for England and premiership team Arsenal, Ian became a guest host on Top Of The Pops.

Read more: I’m A Celebrity’s Roman Kemp made adorable videos for his girlfriend ahead of jungle stint

He later landed his own chat show with ITV, called Friday Night’s All Wright, and went on to interview huge A-list stars including Elton John and Mariah Carey.

Ian also hosted The National Lottery Wright Ticket and was a team captain on the BBC panel show They Think It’s All Over.

Meanwhile, back in the jungle, tensions have been simmering in I’m A Celebrity after Ian and his fellow Main Camp stars were only given rice and beans for dinner.

Jacqueline Jossa and Myles Stephenson had won six stars in the Bushtucker Trial but were summoned straight to the Jail House.

They were given the choice to take six meals with them or send six meals to the Main Camp.

After a quick game of ‘rock, paper, scissors’, Jacqueline and Myles gave the camel dinners to the Jail House – and this didn’t go down well with hangry Ian.

He moaned: “That’s just going to put me in the wrong vibe all day now.”

– I’m A Celebrity returns to ITV tonight at 9.10pm