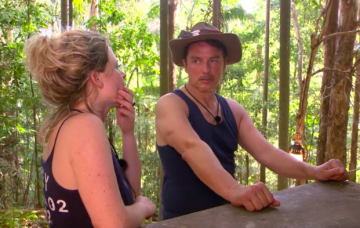 Their amazing friendship is a big draw

I’m A Celebrity’s John Barrowman and Emily Atack could be getting their own show on the back of their blossoming jungle friendship.

The pair have reportedly impressed TV bosses so much that they could be paired up for a new programme, keeping the laughs rolling long after this year’s I’m A Celebrity has crowned a winner.

That’s according to The Sun’s Dan Wootton, who said he’s caught wind of potential plans for a collaboration.

And it seems viewers are just as enthralled with the chemistry between the two friends.

One fan on Twitter said the pair represent “friendship goals” and others said they “adore” their “cute” relationship.

John and Emily are so cute!!! #ImACelebrity

I adore the relationship between Emily and John 😭❤️ #ImACelebrity

Another Twitter user admitted wanting to form a friendship triangle with the two actors, while someone else said John and Emily would be great on a night out. But one fan admitted they would be difficult to live with.

Everyone needs a John and Emily for a night out. 😂 😂 #ImACeleb #imaceleb2018 #imacelebrity

I like John & Emily but I'd find it hard to live with them, they're too loud & OTT#ImACeleb #imacelebrity2018 #imacelebrity

Emily is best known for playing love interest Charlotte in The Inbetweeners, but the 28-year-old has bagged a number of roles in TV and film since.

Her skills span to stage acting, with the actress playing Holly Golightly in a production of Breakfast At Tiffany’s two years ago.

Emily got a chance to show off her singing skills earlier this week when she and John did a duet of Summer Nights from Grease.

They are two of just four celebs left in the jungle, with viewers set to crown a King or Queen for the final on Sunday (December 9).

Do you want Emily or John to win this year’s series? Leave us a comment on our Facebook page @EntertainmentDailyFix and let us know what you think!