Dec Donnelly hilariously told his I'm A Celebrity presenting pal Ant McPartlin he was going to 'take over' after he fluffed his lines on last night's show.

The pair were introducing a segment when Ant got his words muddled up not once, but twice.

"So with the full...," Ant began before struggling to get his lines out.

Ant struggled to get his lines out (Credit: ITV)

"I'll get good in a minute!" he quipped.

Ant went on: "And waiting for them there was a brand new red throne and a cabin with two beds."

Ant and Dec are villains with their one liners.

At that point, Dec cut in and said: "I'll take it from here... The time had come for them to elect a leader."

Ant added: "This show is nothing if not topical." 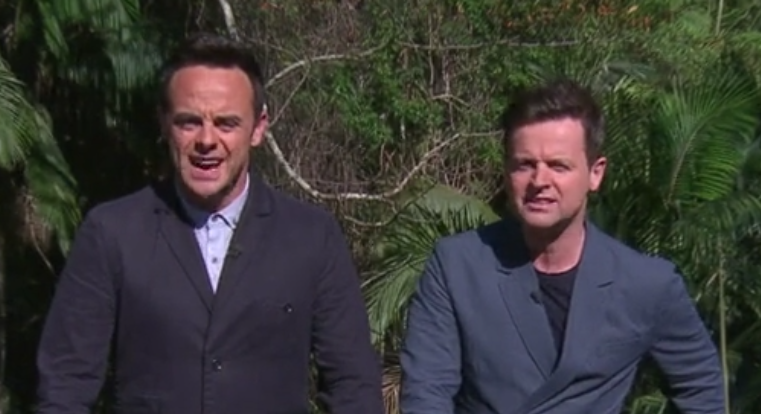 Dec joked that he was going to take over (Credit: ITV)

Read more: Andrew Maxwell breaks down in tears and threatens to quit I'm A Celebrity

Laughing, he joked: "That was good!"

Aside from Ant's little slip, there was praise from viewers for the duo's hilarious one liners last night.

"Catching up on I'm A Celeb. Ant and Dec are villains with their one liners," one fan wrote.

Ant did his best Kylie Jenner impression when he belted out the lullaby to Caitlyn Jenner and her fellow campmates.

We all need someone that lifts us up ❤🌴 #ImACeleb

"ANT DID NOT JUST SING RISE AND SHINE IN FRONT OF CAITLYN JENNER OMG STOP," one viewer tweeted.

"I REALLY JUST HEARD ANTHONY MCPARTLIN SING RISE AND SHINE IN FRONT OF CAITLYN JENNER IN THE JUNGLE NAH THIS IS TV GOLD," a second excited viewer tweeted.