The campmates on I'm A Celebrity broke down in tears last night (25.11.19) after they received letters and gifts from loved ones back at home.

The 12 stars each received their care packages, and contact with family sent them over the edge.

None more so than Corrie star Andy Whyment, who sent viewers into meltdown with a touching reaction to his message from home. 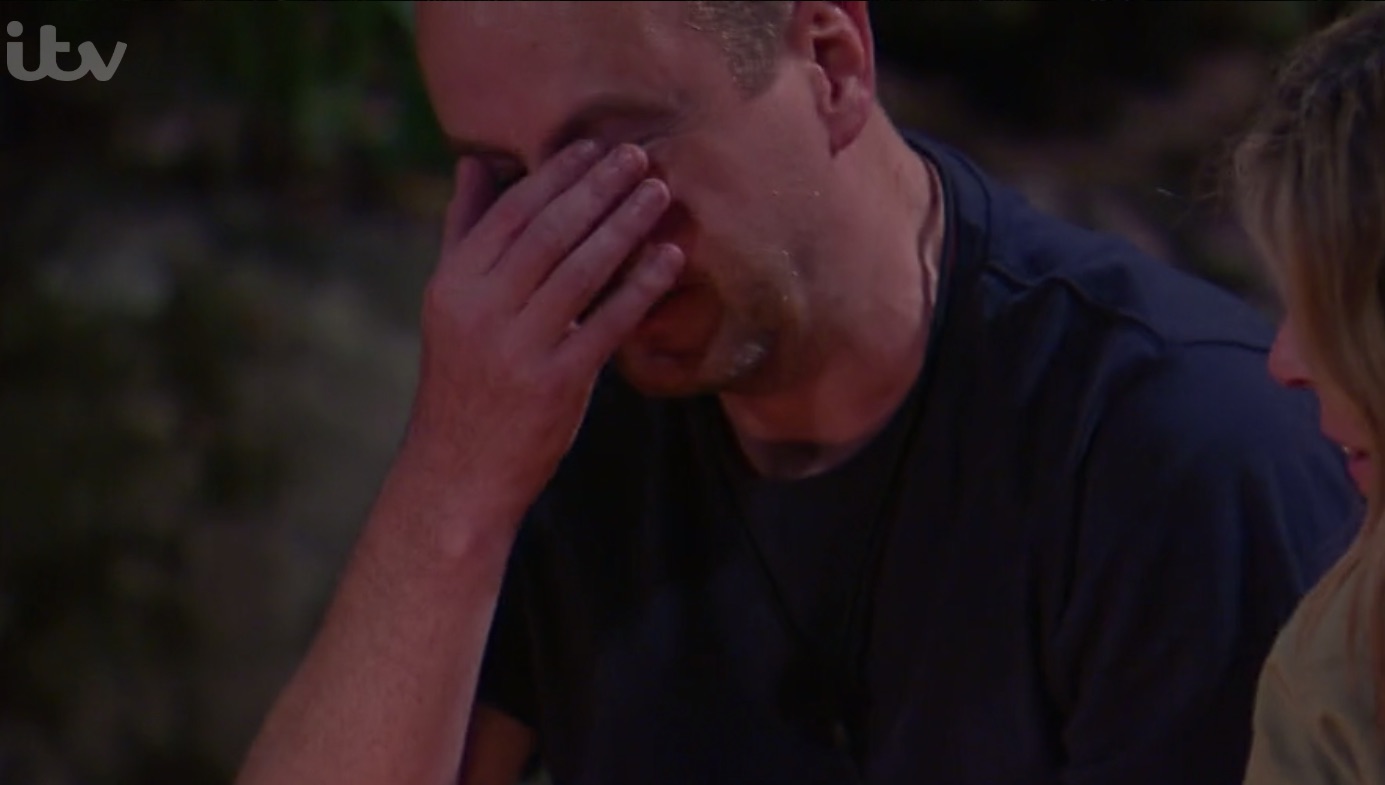 Andy broke down in tears at hearing the message (Credit: ITV)

Earlier in the day, Nadine Coyle, Myles Stephenson, Kate Garraway and Andy were tasked with retrieving care packages for themselves and their fellow campmates in the Bushtucker Trial.

Returning to the camp after a successful trial, the campmates settled down to open their packages.

Inside were letters from loved ones and food treats from home. 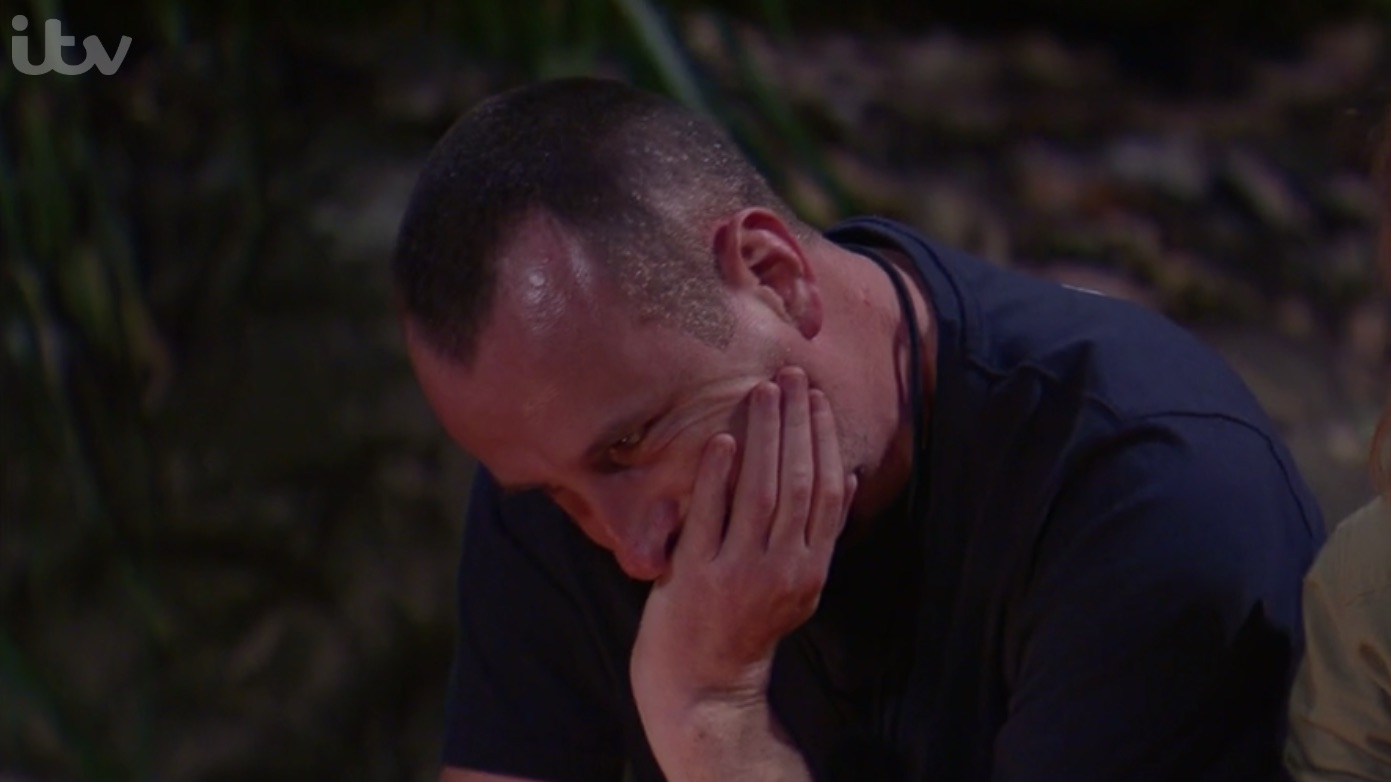 Andy continued to sob quietly by the campfire (Credit: ITV)

Reading Andy's message from his wife Nicola Willis and two children, Kate said: "Babe, wishing you all the luck in the world, you madhead.

"Remember to embrace the bad as much as the good even when you feel hunger like never before and think things can't get much worse.

We love you so much and you will always be our number one.

"We love you so much and you will always be our number one.

The message got a bit much for Andy, 38, who sobbed as he heard the message.

After eating the chocolate bar Nicola sent him in his package, Andy retreated to the Bush Telegraph room, where he revealed how chuffed he was with the message.

"It was absolutely lovely when Kate started reading it. It was just Nic talking the way Nic talks.

It wasn't long before viewers took to twitter to say how touched they were with Andy's reaction.

I love Andy Whyment. What a genuinely lovely man. #ImACeleb

Andy Whyment on #ImACeleb is the purest soul and must be protected at all costs. Absolute sweetheart.

When Andy whyment cries I cry

One viewer said: "Andy Whyment on I'm A Celebrity is the purest soul and must be protected at all costs. Absolute sweetheart.

Another wrote: "When Andy Whyment cries I cry."