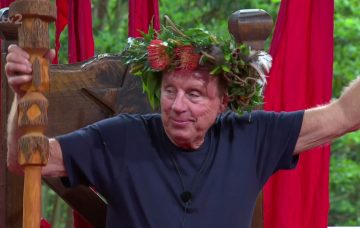 Harry was the winner from day one

I’m A Celebrity viewers were overjoyed when Harry Redknapp was crowned King of the Jungle last weekend.

But it seems the former footballer manager has been the clear favourite to win the series since the beginning as ITV has revealed just how popular he was.

ITV has released the figures for each vote off and Harry, 71, came out on top for every single one before bagging 69% of the final vote when he went up against Emily Atack.

A spokesman for ITV said: “Your votes brought us an unforgettable series – we’re talking Emily vs. snakes in The Viper Pit, Nick’s reign as Camp Leader and of course, the coronation of your King of the Jungle, Harry Redknapp.

“You voted in droves over the series and here are the voting results of I’m A Celebrity… 2018.”

Noel Edmonds received the least amount of votes, 10.62% to be precise, meaning he was voted out.

The second vote off saw Malique Thompson-Dwyer leave the jungle after receiving just 3.65% of the vote.

Sair Khan left the jungle after receiving 4.47% of the public vote.

Next up was Rita Simons, who left after 7.11% of the public voted for her to stay in the jungle.

Harry took the top place once again with 23.26% of the vote.

The star also received the most amount of votes when Anne Hegerty, Nick Knowles, James, and Fleur were voted off.

Harry and Emily found themselves in the final three alongside John Barrowman, who finished in third place after receiving 18.51% of the public vote.

And finally, Harry was crowned King of the Jungle after bagging 69.95% of the public vote compared to actress Emily, who received 31.05%.

Were you happy that Harry won I’m A Celebrity? Leave us a comment on our Facebook page @EntertainmentDailyFix and let us know what you think!