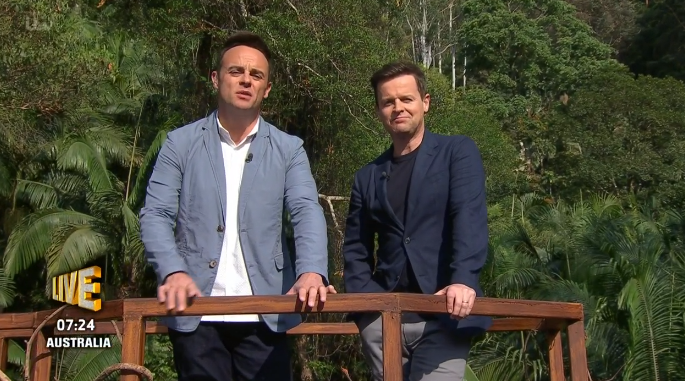 Ant McPartlin made his return to presenting I’m A Celebrity…Get Me Out Of Here! tonight (Sunday November 17) and fans were stunned to see one huge change about him – he’s got new arm tattoos.

We’re used to seeing Ant with his arms covered in smart suits and jackets.

But the warmer climate in Australia saw him wearing just a short-sleeved shirt, which unveiled new inkings on both of his forearms.

Fans were surprised to see the new markings, and by the looks of them he’s had them done fairly recently.

Meanwhile, Dec seemed to be sporting a bruise on his arm that also left fans intrigued.

I wanna know how Dec got that bruise on his arm, looks painful that #ImACeleb

Hmm @antanddec Dec has a bruise on his arm. What happened to him?? #imaceleb

Once the pairs had been made, a terrifying challenge awaited six of them as they had to walk the plank high in the sky.