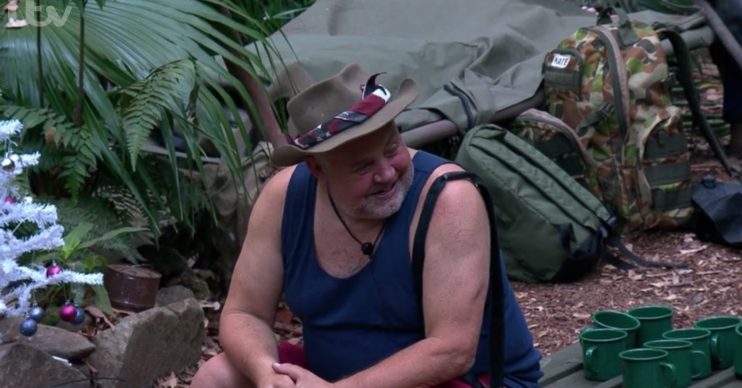 I’m A Celebrity: Viewers raging after Cliff Parisi is ruled out of ANOTHER trial on medical grounds

What's the point of him being there?

Viewers of I’m A Celebrity are asking ‘what is the point’ of Cliff Parisi being in the jungle after the former EastEnders and Call The Midwife star was once again excluded from a Bushtucker Trial due to medical grounds.

And, even though viewers love Cliff’s personality, their patience is starting to run out.

.@OfficialCliffP napping when he should be working is a MOOD! #ImACeleb pic.twitter.com/fyRam1nDg8

Ant and Dec confirmed that Cliff, 59, would be sitting out nominations for a new set of challenges called The Reckonings, beginning with Sinister Circus.

“The vote for Sinister Circus is now open,’ Dec trumpeted. “It’s the first of The Reckonings.

The four celebrities with the most votes will do this one. Cliff is ruled out of this reckoning on medical grounds.

“The four celebrities with the most votes will do this one. Cliff is ruled out of this reckoning on medical grounds.”

“‘Course he is,’ Ant quipped in response.

Cliff has sat out nominations for two previous trials, all on medical grounds.

This show gets weirder every day 😅 #ImACeleb pic.twitter.com/WhcFbTPDgy

Cliff, 59, did complete Buffalo Bill’s Bungalow along with Andy Whyment when he first entered the jungle last week.

And he did take on the Dingo Dollar Challenge with Adele.

But as James and Ian took on The Deadly Dungeon trial, viewers became increasingly frustrated that the actor was not experiencing his fair share of trials, and took to Twitter to ask what’s going on.

Any chance that #cliffparisi can be medically fit to do a bloody trial! No point in him being there otherwise! @imacelebrity #imacelebrity

What is the point of Cliff Parisi#medicalgrounds #ImACelebrity2019 #ImACeleb #cliffparisi

Really don’t see the point in Cliff being in #imacelebrity. He can’t do half the trials for medical reasons

One viewer Tweeted: “Is there any point in #ImACeleb being unable to do any trial?”

But it wasn’t all negative towards Cliff.

One viewer said: “Cliff Parisi is a national treasure.”

What’s your opinion on Cliff? Leave us a comment on our Facebook page @EntertainmentDailyFix and let us know.