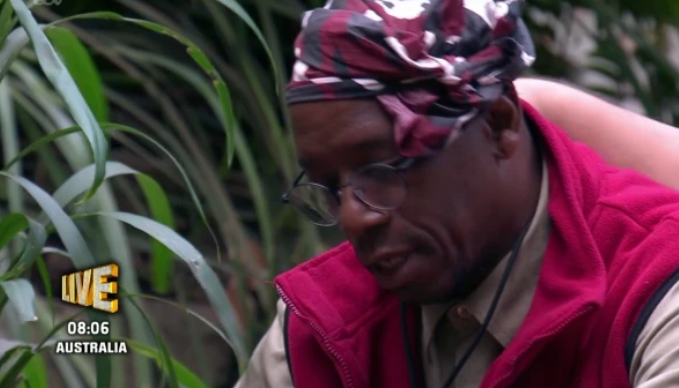 I’m A Celebrity: Viewers puzzled as Ian Wright’s swearing is bleeped out on live show

Ian Wright is set to take on the next Bush Tucker Trial on I’m a Celebrity… Get Me Out of Here!.

The retied football star was offered words of encouragement from the other celebrities after the show’s hosts, Ant and Dec, delivered the verdict to the camp – but Ian was quick to downplay their sympathies.

Ian, 56 – who has taken a temporary break from appearing on Match of the Day to be in the Australian jungle – told them: “Don’t… I don’t want to… don’t pamper me…”

His words were peppered with expletives, which were bleeped out – and this caused some confusion.

How had the show managed to do this on a live broadcast?

One posted: “If #ImACeleb is live, how did they know Ian Wright was going to swear!? Clearly there’s a delay as they just bleeped out his swearing.”

Another observed: “Watching I’m a celebrity and it says ‘Live…’ Ian swore and they managed to bleep it out… can’t be live then.”

One wrote: “How did they manage to sensor Ian there when it was live? #ImACeleb #ImACelebrity.”

Well, the answer is quite simple and it doesn’t involve magic, deceit, or trying to pull the wool over anyone’s eyes.

There are a few seconds’ delay… which is pretty standard for live shows.

Ian’s time in the jungle has included some heated rows with fellow campmate Andrew Maxwell, which subsequently led to accusations of bullying.

And the former England international has already admitted he’s too easily rattled.

During a conversation with James Haskell, Ian shared: “It’s been interesting what this experience has done to me.

“It’s sped up the process of me realising I get too wrapped up in feeling wronged.”

Ian also conceded he still needs to “work” on controlling his own temper.

He said: “Everybody said just be yourself when I told them I was coming in here.

“But what I found out about being myself is that I still need to do a lot of work.

“There’s still some things I need to shed.

“It’s not been easy, sadness and outburst over certain things have had to be reined in.

“It’s been an unbelievable journey and I wanted a challenge when I came in here and I got it, let me tell you, I got it and then some.”