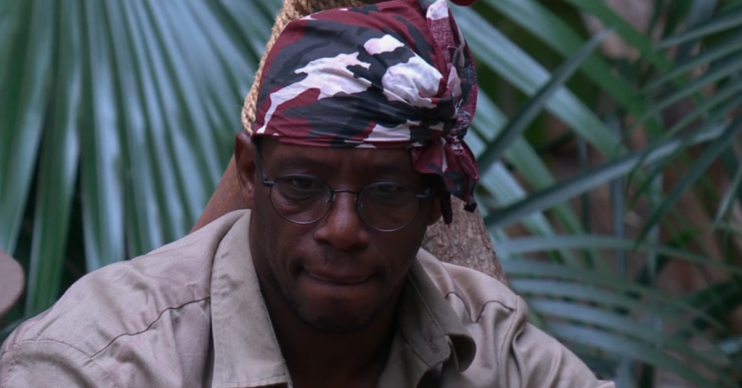 It follows the pair's FOURTH run in on the show

Viewers have complained about Ian Wright’s ‘perceived bullying’ of Andrew Maxwell on I’m A Celebrity to Ofcom, according to a report.

The former footballer and comedian clashed again during Wednesday night’s episode of the ITV reality series after Ian, 56, had some sharp words for Andrew as the group sat around together eating lunch.

And according to Mail Online, 32 complaints were filed with the broadcasting regulator following the pair’s fourth run in on the show.

The latest spat came about as Andrew helped himself to more beans just moments after he made a point of how the group should stick to the rules of the jungle camp, which includes not taking on any tasks not allocated to them.

Read more: I’m A Celebrity viewers divided over peeing in the shower as Caitlyn Jenner has final word

However, by serving himself a helping of seconds, Andrew was going against the rules – and the warning he had laid out for everyone else beforehand.

There was then an awkward moment for the rest of the other embarrassed campmates as Ian noted how glad he was that Jacqueline had pointed out Andrew’s transgression because it meant he could not be accused of ‘digging out’ the comedian, leading to Andrew walking away and being given advice by James Haskell.

Ian insisted he has “nothing against” Andrew – but Andrew told James he felt singled out by Ian.

Andrew later said Bush Telegraph: “I’m a grown man, I don’t see how I can remedy it, hopefully it’ll blow over.”

Read more: Declan Donnelly brings the house down as he jokes on I’m A Celebrity that he ‘pees in a sink’

He argued: “In hindsight I shouldn’t have criticised him for the bean thing but the thing is, would he have flipped at you like that?”

Ian went on to rant: “I’ve had enough, it’s the hypocrisy of it, that just winds me up.”

The pair previously fell out after Andrew refused to do the washing up alongside Caitlyn Jenner.

I’m A Celebrity returns to ITV tonight at 9pm