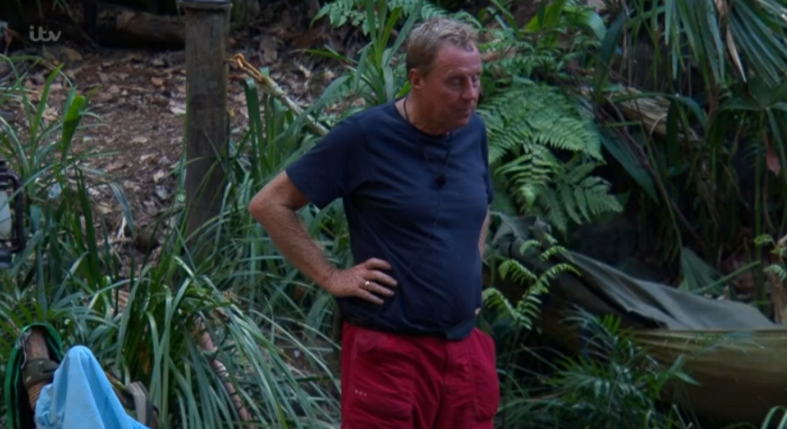 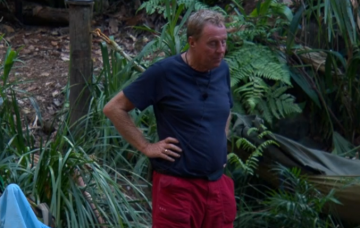 Harry Redknapp is continuing to win over I’m A Celebrity viewers in the jungle.

On Tuesday night’s show, the football manager learnt some trendy words the kids are using these days from his younger campmates.

Harry, 71, left viewers in hysterics as he joked that he’s going to “grind” on his wife Sandra when he leaves the jungle as he learnt how to rap.

Sitting with Fleur East and Malique Thompson-Dwyer, Harry turned into MC Hazza as he began rapping.

Harry asked Fleur: “We’re going for a bit of… what’s it called the dancing?” to which Fleur replied: “Grinding.”

Harry said: “I’ll be going around talking like that to Sandra. Fancy a bit of grinding Sandra?”

Revealing even  more lingo to Harry, she told him: “When you see her, say ‘Sandra, you peng ting.'”

Having no idea what “peng” meant, Harry replied: “She’ll think I mean have you been painting.”

FYI, peng is an UK slang term for an attractive person.

Harry repeated the rap before saying in the Bush Telegraph: “I jump in my Range Rover, peng ting Sandra. Something like that, I didn’t know what it was!”

Viewers were left in stitches watching Harry rapping from home and shared their thoughts on Twitter.

One person wrote: “Harry saying ‘peng ting called Sandra’ has been the highlight of my year.”

Another said: “Peng ting called Sandra, I tell her come jump in my Range roverrrrr. Yess Harry love him.”

Harry rapping about peng tings has me dying 😂😂😂 #imaceleb

What did you think of Harry’s rap? Leave us a comment on our Facebook page @EntertainmentDailyFix and let us know what you think.