He's leader of the camp on I'm A Celebrity, but James Haskell is quickly losing popularity among viewers.

Already accused of getting too big for his boots, the former rugby player has now annoyed fans of the ITV show by shutting down Andy Whyment.

Last night nine of the campmates, including James, tucked into a full roast dinner with all the trimmings.

As everyone woke this morning, Andy was curious about the feast and was musing over the details of the meal.

James Haskell told him to stop talking about it, later explaining that he didn't see the point in dwelling on what he'd missed out on. 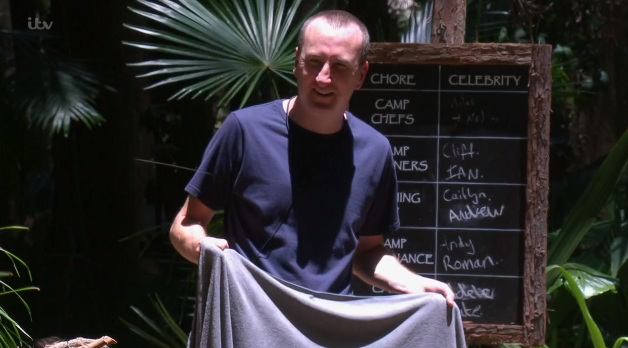 He then went to apologise to Andy for being short, but Andy said he was just being James!

James' manner is now starting to irritate some viewers, with accusations that he is passive aggressive, false or above his station flooding Twitter...

Don’t like James he seems pushy and controlling. #ImACeleb

James's controlling behaviour makes me feel queazy, the size of him must be intimidating #ImACeleb

James snaps at everyone, starting to get on my nerves now... #ImACeleb if Andy wants to know what they had on the roast, then he can know!!

James has had a go at Kate.

James has had a go at Andy.

James has had a go at Andrew.

James has had a go at us.

James has had a go at everyone.

James is an absolute prick #ImACeleb

James is a nob for sure #ImACeleb

Yooo come collect James and his sidekick Wrighty - enough with the bullying and controlling what people think and say. #JusticeForAndy #ImACeleb

Wow James is slightly annoying , let Andy ask as many questions about the food ?! #ImACeleb