Kate Garraway caused a stir on last night's I'm A Celebrity... Get Me Out Of Here! when she starting making odd noises during the second Reckoning challenge.

Unfortunately for them, instead of feasting they had to sit with their heads poking through holes in the table while piles of creepy crawlies were dropped on them. 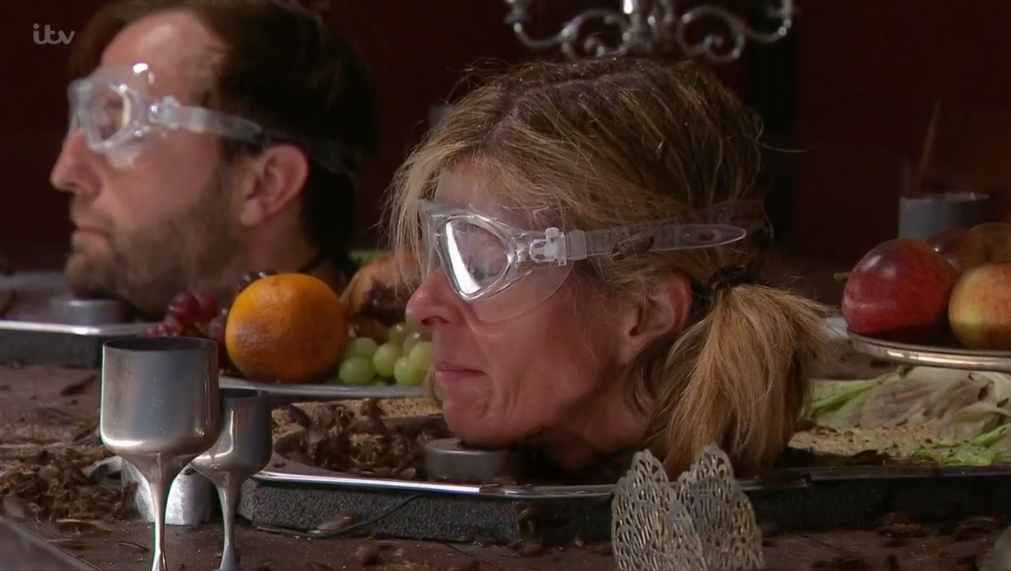 Kate, who had already annoyed viewers at this stage by bringing back her controversial pigtails, struggled visibly as bugs crawled all over her face and hair.

To deal with the stress of the challenge, she started making bizarre noises that divided viewers - with some finding them hilarious, some annoying and others baffling. 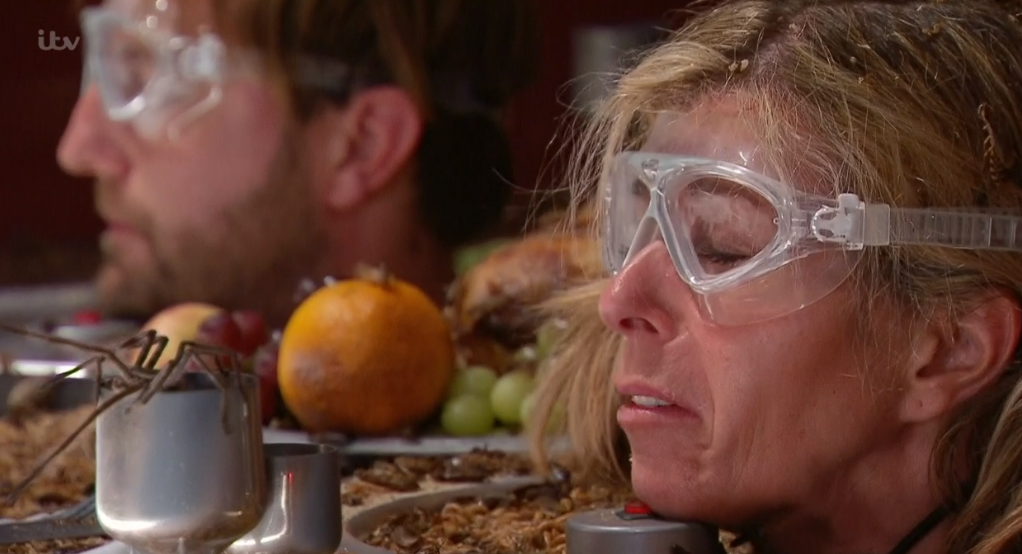 Some thought her moaning sounded like birthing noises (Credit: ITV)

One frustrated viewer tweeted: "Kate really needs to shut up now... honest to god. That humming noise is doing my head in."

"Why the noise, Kate?" asked another.

A third wrote: "Kate's making the same noises my mum made giving birth four years ago, oh the memories #ImACeleb."

That humming noise is doing my head in.

"Shut up Kate!" said someone else, adding: "Those noises are so annoying #ImACeleb."

Kate really needs to shut up now.. honest to god. That humming noise is doing my head in🙄🙄🙄 #ImACeleb

why the noise kate? #ImACeleb

Shut up Kate! Those noises are so annoying #ImACeleb pic.twitter.com/HtZnu2ei8Q

Not everyone thought it was annoying, as one viewer tweeted alongside a laughing-crying emoji: "Whatever kind of noise is Kate making?"

"Haha Kate Garroway, oh this is cracking me up," laughed another, adding: "Her noises."

Whatever kind of noise is Kate making 😂 #ImACeleb

Haha Kate Garroway oh this is cracking me up... Her noises 🤣😂 #ImACeleb

All of the celebrities had to take on Reckoning challenges in a bid to lift the camp 'curse' that prevented them from eating proper meals.

Before Kate and her lot had their heads stuck in the table, Jacqueline Jossa, Ian Wright, Nadine Coyle and Roman Kemp all had to escape from large tanks that gradually filled with water and various fishes and reptiles.