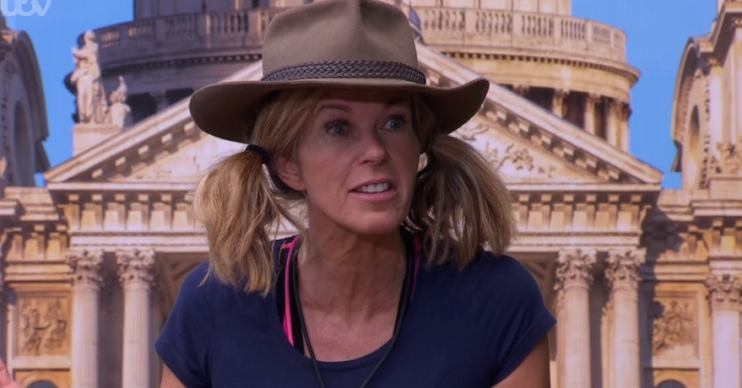 A rep for the show has rubbished the claims

The Good Morning Britain presenter, 52, took on Frightseers in which she had to retrieve stars which were hidden in famous London landmarks.

But during the trial, some fans were asking whether Kate was wearing a “full face of makeup”.

One person said on Twitter: “Kate is definitely wearing mascara, thought they didnt have makeup in the jungle?”

Another wrote: “Kate has a full face of makeup on?”

A third tweeted: “Where is Kate getting her eye makeup from?”

Kate is definitely wearing mascara, thought they didnt have makeup in the jungle? #ImACeleb

kate has a full face of make up on? #ImACeleb

Where is Kate getting her eye make up from?*! #ImACeleb

Is it me or does @kategarraway look like she has a full face of makeup on?? Including lipstick. #ImACeleb

However, a rep for I’m A Celebrity told us: “There’s no truth to those claims.”

Kate bagged five out of seven stars during the trial and broke down in tears after it was over.

She admitted she didn’t want to let people down and hosts Ant McPartlin and Dec Donnelly hugged her and Dec said: “You did so well.”

Where is Kate getting her eye make up from?

The final landmark was St Crawl’s Cathedral and Kate had to crawl on her hands and knees to get the last star in a tunnel full of rats.

Read more: I’m A Celebrity viewers in tears as campmates break down over emotional letters from loved ones

Many viewers had branded the trial “unfair” as Kate only had 60 seconds to complete each task.

One person said: “60 seconds for that?!? Unfair,” while another wrote: “How can they expect people to do this in 60 seconds.”

A third added: “This is unfair 60 seconds is not enough to complete it.”