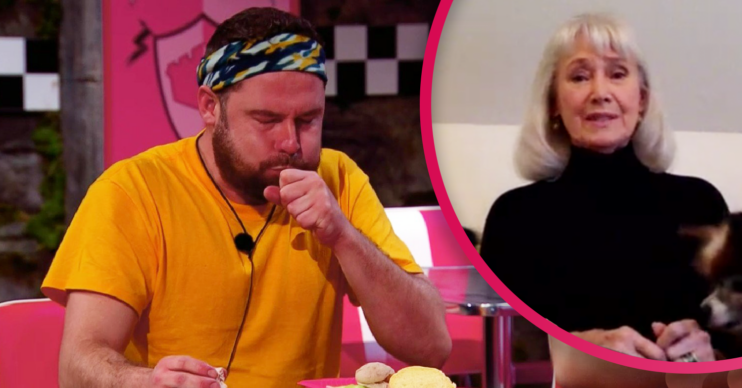 But she was happy to take part herself…

I’m A Celebrity veteran Jan Leeming has been branded a “hypocrite” after she revealed her reasons for not watching the 2021 show.

Jan appeared on the show back in 2006 and today, during a chat about banning dog ownership in the elderly on Good Morning Britain, she revealed she isn’t tuning in to watch the celebs in the Welsh castle.

Appearing via video link with Susanna Reid and Adil Ray, Jan shocked viewers at home with her views on I’m A Celebrity.

What did Jan Leeming say about I’m A Celebrity 2021?

Susanna asked Jan what she thought of last night’s eating trial and, as one GMB viewer said, Jan “didn’t hold back”.

“I’m very grateful that I did it in the rainforest of Australia in the heat rather than the cold dark wet of Wales,” she said, before adding: “I don’t watch it for many reasons including the animals.”

Jan continued: “I did it for purely financial reasons.”

She added: “I’m very glad I did it because it taught me I had a lot more strength than I thought I did.”

“It’s a conflict,” she admitted.

“I did it in 2006, I’ve always loved animals and been pro animals but I’m not sure about the bugs and everything else.”

Jan added: “I don’t watch it also because apart from Richard Madeley and Arlene Phillips… I don’t watch soaps, I don’t watch breakfast TV, I’m not a sports fan so I don’t know any of the people on it.”

Adil chipped in: “Well thanks for that Jan. It’s been lovely having you, delightful. The positivity around the show and television in general.

“It’s been lovely,” he said sarcastically.

How did viewers react to the I’m A Celebrity comments?

Viewers were quite to brand Jan a “hypocrite”.

As she said, she appeared on the show in 2006 and took part in several gruesome trials, including an eating trial.

In the challenge, Jan ate a vomit fruit and a witchety grub smoothie but refused to eat a kangaroo’s eye, tongue, anus and reproductive organs.

One GMB declared: “Jan didn’t mind cruelty to animal when she got paid in I’m A Celebrity. Hypocrite.”

A second added: “Hypocrite alert – the self-obsessed Jan Leeming. I went on it but object to the animals being used.”

“Hypocrite,” said a third. “Complain about something but if getting a pay cheque will happily get involved.”

What did you think of Jan’s comments? Tell us on our Facebook page @EntertainmentDailyFix.