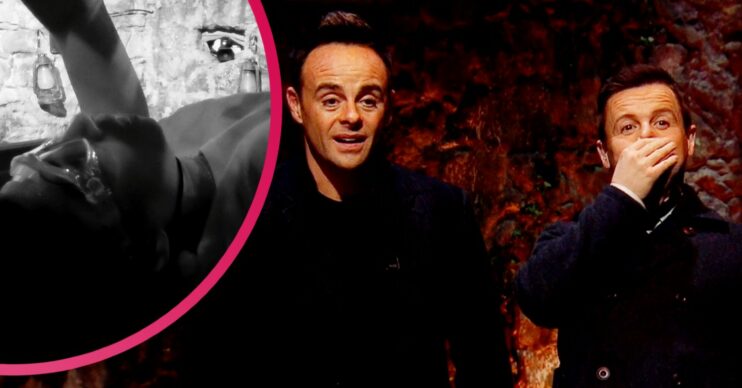 It's back with a bang!

The ITV campmates are back in Gwrych Castle following a short break in quarantine due to severe weather conditions.

Shortly after returning to camp, Kadeena and Arlene are tasked to take on Bed Chamber of Chills.

In a preview clip for tonight’s show, the pair are locked in separate containers.

From what it appears, Kadeena and Arlene have to complete a challenge to win stars for camp.

However, they’re in complete darkness.

And in true I’m A Celebrity style, the two are also surrounded by plenty of terrifying snakes.

Arlene appears to struggle, saying: “I can’t find the other one. Oh no, I’ve dropped it again!”

“There’s something on my leg!”

However, Arlene drops the star again and continues to rummage around the container.

There’s something on my leg!

But will the pair win enough stars for camp?

Appearing on This Morning today, Ant and Dec insisted that the break won’t ruin the flow of the show.

Speaking to the duo, Holly Willoughby asked: “I wonder what that does to them because when they first go in, the beginning is really tough when they adjust.

“Then after the first week they adjust and start to get used to it. This is going to ruin the flow for them isn’t it?”

Dec quickly responded: “Interestingly, they were all gutted. They’ve been in there the best part of a week and were all absolutely gutted to leave.

“They were like just get us back in as soon as you can.”

It comes after Storm Arwen caused substantial damage to the camp over the weekend and forced the show off air.

I’m A Celebrity…Get Me Out Of Here! Tuesday 30 November at 9pm on ITV and ITV Hub