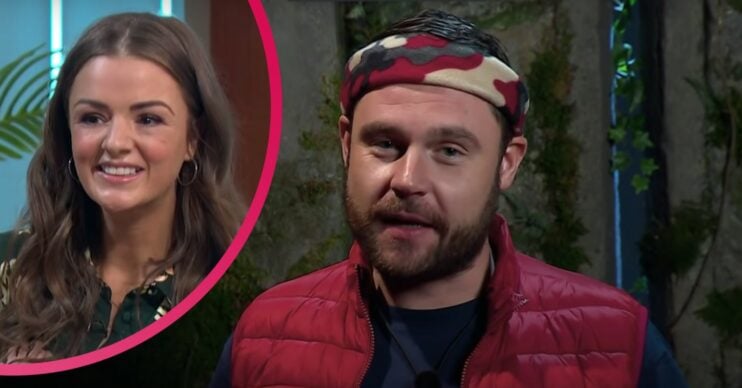 How very thoughtful... and what a sweet message

I’m A Celebrity star Danny Miller is locked away in Gwrych Castle – but he’s still managed to surprise his partner.

Proving reality TV is no barrier to their love, Danny delighted fiancée Steph Jones with an unexpected gift.

And considerate Danny made it clear just how much he treasures Steph with a touching message alongside presents to her.

What has I’m A Celebrity contestant Danny Miller sent his fiancée?

Steph revealed Emmerdale actor Danny, 30, had sent her a little something on Instagram yesterday (Sunday December 5).

She shared a clip of a bottle of fizz and chocs on her Stories account.

The wrapped chocolates were topped off with a yellow bow next to the bottle, presented in a material-lined gift box.

Furthermore, Danny included a sweet note printed on the label of the Prosecco.

It read: “Love you more than I ever have.

“Thank you for everything, Danny x.”

How did Steph Jones react?

As well as uploading a clip of her gift to social media, Steph made it clear she was thrilled with the pressie.

Adding crying emojis, she captioned the Story: “When he plans a surprise parcel.”

When he plans a surprise parcel.

Steph also tagged in Danny’s Insta handle and added a graphic saying “so cute” to her post.

What a clever lad for arranging it before he went into I’m A Celebrity!

The gift isn’t the first surprise Danny planned before heading off to north Wales.

A couple of weeks ago Steph revealed he also left her a note in her coat pocket.

When did Danny Miller get engaged?

The couple, who are parents to newborn Albert, have known each other since they were in primary school.

They began dating in 2019 and Danny proposed during a trip to St Lucia earlier this year.

It was reported this past weekend that Steph was separated – but not divorced – from her husband when she met Danny again.