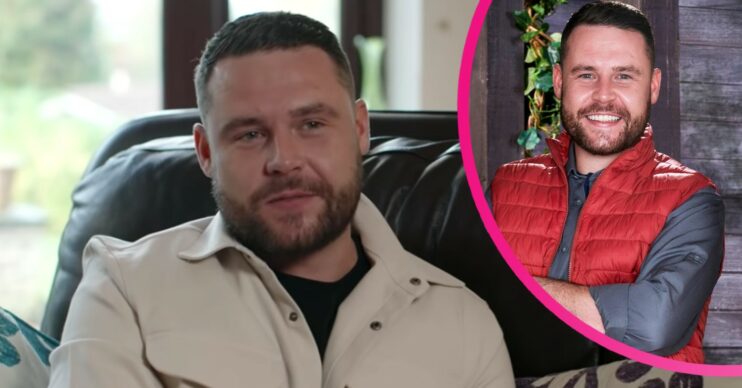 I’m A Celebrity star Danny Miller has hit back at trolls after being criticised for taking part in the show.

The Emmerdale actor recently welcomed his first child with fiancée Steph Jones, with the couple naming their son Albert.

But after being horrifically trolled over his decision to leave the newborn, Danny fired back at the comments.

Ahead of entering the castle in Wales, the 30-year-old defended his position on the show.

He insists that the opportunity will only benefit Albert, who was born three weeks ago.

In fact, partner Steph even encouraged Danny to sign up.

I know Steph has got Albert’s back

Speaking to The Mirror, the star explained: “[Some] people think it’s out of order, but there’s people who work for a less wage who have to go away and provide for their family who work in the Army, who don’t get contact and don’t get to see them for six months.

“This is three weeks of my life and Albert isn’t really going to remember me being there or not. Steph is doing amazing with breastfeeding, she’s an amazing mum.”

He added: “So, to sacrifice three weeks for Steph and the baby is almost an easy decision to make. Because I know Steph has got Albert’s back, he’s in the best hands. If Steph was going away for three weeks we’d have a problem.”

Danny and Steph welcomed their first child into the world last month.

Announcing the news, the star shared a black and white image of him and Steph holding their son’s tiny feet.

Alongside the photo, he wrote: “I was lucky enough to find someone who shines bright enough to lead me out of the dark, but I never imagined to be lead to the brightest place imaginable.”

The star has played Aaron Dingle on the ITV soap since 2008.

Speaking at a roundtable, Danny told press: “I’ve actually left Emmerdale, I unfortunately decided to start a new path in life. I’ve got my baby now and I’m [getting] married next year, it felt like the right time to open a new chapter in my life.”