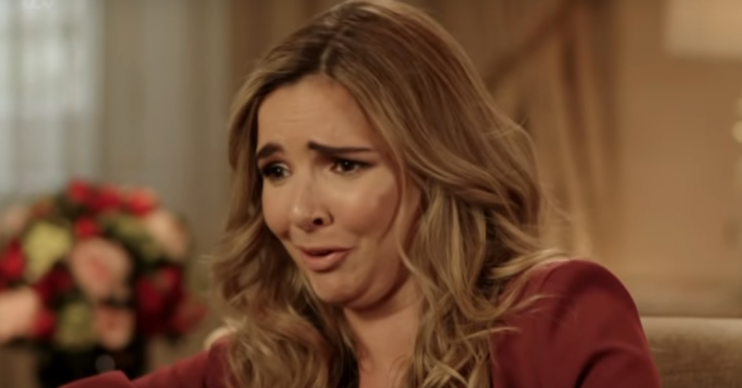 Caitlyn Jenner apparently has to comfort her...

If anyone thought the producers of I’m A Celebrity might go easy on the contestants this year, it looks like they were very much mistaken.

The new series starts on ITV tonight, and according to The Sun Online, the celebs are given terrifying tasks right from the off.

And the website’s report says that Nadine is seen breaking down in tears as she prepares for the ordeal.

Nadine, 34, and Caitlyn, 70, are reportedly asked to do the parachute drop in order to retrieve keys that will unlock two Pontoons, each containing five coloured tokens.

At the same time, two of their fellow contestants, rugby player James Haskell and former Big Brother star Adele Roberts, canoe to the Pontoons to await delivery of the keys.

However, according to The Sun Online’s news story, the thought of leaping out of a plane proves too much for Nadine, who can’t hold back her tears.

And apparently, Nadine and Caitlyn aren’t the only ones who are faced with a vertigo-inducing task tonight.

Read more: ‘Scared’ Emily Atack reassured by fans as I’m A Celebrity presenter strips down to her bikini

In scenes that are sure to have viewers biting their nails, the celebs must traverse steel girders only a foot-wide, with huge drops beneath them.

Even though they are wearing safety harnesses, it must be a truly terrifying experience.

Thankfully, they all manage to return to the ground safely – but no doubt there will be plenty more scary tasks around the corner.

Earlier on in tonight’s programme, viewers will apparently see the celebs arrive for the new series in style.

Some arrive by speedboat, with others rocking up in expensive supercars, before the fun begins…