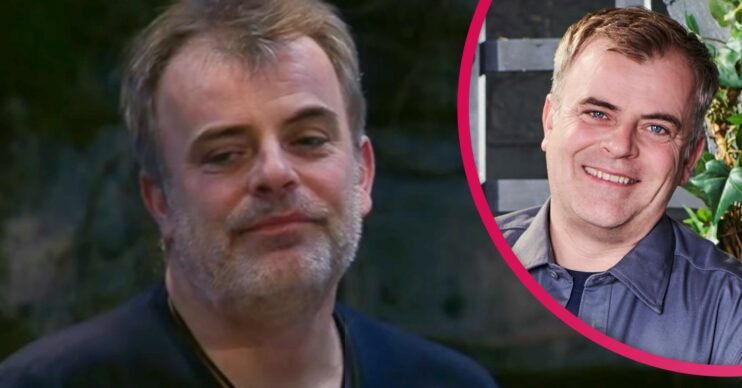 Simon has proved to be a hit with viewers

I’m A Celebrity star Simon Gregson could be the “dark horse” in tonight’s final, a body language expert has claimed.

Coronation Street actor Simon has been a firm favourite since he entered the castle.

However, his fellow finalists Danny Miller and Frankie Bridge have also proven to be popular with viewers.

Who will win I’m A Celebrity tonight?

According to body language expert Darren Stanton, Simon could walk away King of the Castle.

Read more: 5 predictions I’m A Celebrity fans are making about the 2021 series finale

Mr Stanton told Be My Bet: “As for who will win, Simon could be the dark horse of the competition and one to watch.

“Danny and Frankie may have been favourites throughout the series, but we could see Simon win over the public thanks to his comedic value in camp.”

He continued: “Corrie star Simon is a great character, despite being a late arrival.

“He quickly became the class clown or comedian of the group yet from his displayed behaviour, he also shows a genuine want to be supportive of the rest of the campmates, but in a non overbearing way.

“What you see is definitely what you get with Simon and he comes over as a very genuine guy.

“Time will tell – and of course, it’s down to the public vote – but I believe Simon has what it takes to be crowned King of the Castle this year.”

Meanwhile, bookies are predicting that Emmerdale star Danny will take the crown.

Bookmakers Ladbrokes have Danny at 5/6 to win the show.

Jessica O’Reilly of Ladbrokes told Daily Star: “Danny’s been backed steadily over the last few days and finds himself in pole position to be crowned winner.”

The I’m A Celebrity final airs on ITV, tonight, from 9pm.

Who is your winner? Leave us a comment on our Facebook page @EntertainmentDailyFix and let us know.