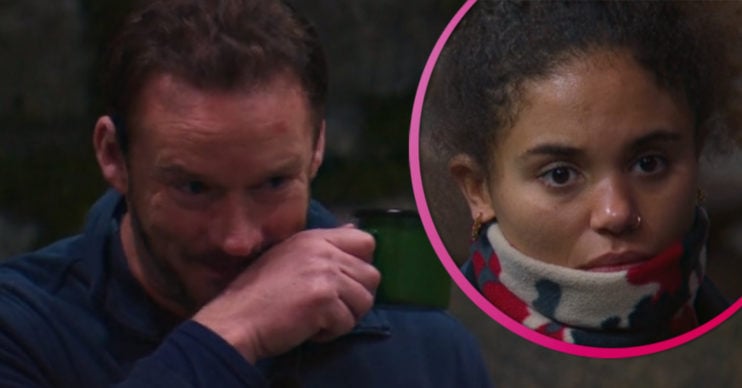 I’m A Celebrity: Russell Watson leaves viewers in tears as he talks about brain tumours

Russell opened up to his fellow campmates on Friday night

The singer became emotional as he said all he could think about during an MRI scan was his children.

What did Russell Watson say on I’m A Celebrity?

Russell told his campmates: “The second one was holy [bleep], I went home, went to bed and didn’t wake up because of a haemorrhage.

He continued: “We got to the hospital and they operated.

“One of the most emotional things after I came out of intensive care and this bloke came up to me and said ‘nice to see you’re doing well Mr Watson’ and I realised it was ‘stay with us, stay with us.'”

He added: “I was in the MIR scanner and I see this long strip of light, like when you’re a kid and you used to keep your bedroom door open.

“It was a light strip and I was thinking if I go to that door I’m out of here and the pain stops and I’m away.

“And all I could think about was my children and slowly slowly whilst thinking about my children the clatter clatter of the MRI came back.

“I thought I’m going to beat this.”

Vernon then gave Russell a hug as the star admitted: “I find it really difficult to talk about.”

Viewers expressed their emotions after listening to Russell.

One said: “Russell Watson had me in tears tonight, gave me actual chills as well, easy to forget what he has been through, what a fighter.”

Another wrote: “Actual tears listening to Russell Watson talking about his brain hemorrhage.”

A third added: “Not going to lie had tears listening to Russell’s story.”