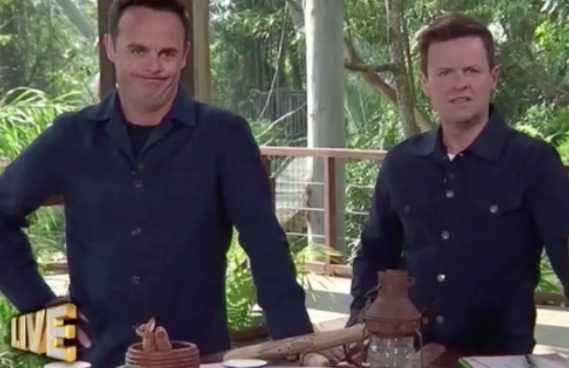 I’m A Celebrity: Roman Kemp’s impressions of Ant and Dec steal the show

The presenters' reaction was funnier still!

Roman Kemp has revealed a secret talent for doing impressions… specifically of I’m A Celebrity hosts Ant and Dec.

The radio DJ showcased his skills during last night’s show, much to the delight of his campmates.

First he took off Dec, then turned his attention to Ant, in a scenario where he was watching the celebs do a trial.

The son of crooner Martin had viewers in hysterics too.

One wrote on Twitter: “Roman’s impressions of Ant and Dec has to be the funniest moment of the series so far… outstanding!”

Another said: “@romankemp imitating ant and dec on @imacelebrity has to be the best thing yet!!”

And the compliments kept coming…

I could quite easily watch an hour of Roman Kemp doing impressions of Ant and Dec each night for the next 3 weeks 👀 #ImACeleb #ImACelebrity pic.twitter.com/Qjf55KXNKk

Even better was Ant and Dec’s reaction to the contestant’s mickey taking.

Dec over-exaggerated his soft voice, while Ant was intentionally OTT.

Fans of the ITV show were tickled even more by this!

Roman’s impressions of Ant and Dec & their reaction to it 😂😂😂😂🙈 absolutely love it!! #imaceleb #imacelebrity pic.twitter.com/F35V3zsbIG

Are you impressed by Roman so far? Leave us a comment on our Facebook page @EntertainmentDailyFix and let us know what you think!