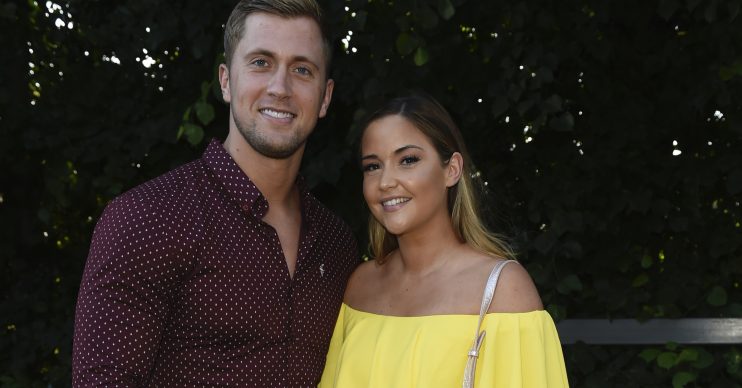 Myles reportedly told Jac her husband had a fling

The I’m A Celebrity ‘row’ between Jacqueline Jossa’s husband Dan Osborne and Rak-Su singer Myles Stephenson looks as though it has gone on to the next level.

Reports claim that former TOWIE star Dan, 28, has flown out to Australia to confront Myles after becoming enraged at the accusation that he had an affair behind Jac’s back.

The Sun reports that Dan was due to fly out on Sunday, but has changed his flights in order to be in the country if Myles is evicted from the show.

In a snap posted to Instagram showing Dan and daughters Ella and Mia at the airport, he said: “Just landed in Oz! I seriously can’t wait to see their little faces when they see Mummy.

“Obviously Mia hasn’t got a clue bless her! I’ll try to video the moment.

“Keep smashing it @jacjossa we are here waiting for you when you get out.”

Former EastEnders actress and mum-of-two Jacqueline, 27, reportedly threatened to quit the show after Myles, 28, apparently told her he believed her husband Dan DID have a fling with his ex Gabby Allen.

A source told the newspaper: “Dan was raging when he heard that Myles had told Jacqueline that more had gone on between him and Gabby than actually has.

He was telling friends that if Myles comes near him he’ll knock his head off.

“He was telling friends that if Myles comes near him he’ll knock his head off.

“But he’s moved his flights so that if Myles comes out of the jungle he will be there to have it out man-to-man.”

Read more: I’m A Celebrity: Viewers in stitches as Kate Garraway puts the phone down on Kiosk Kev

Meanwhile, in camp, Jac has been spotted once again without her wedding ring.

Eagle-eyed viewers spotted that she had taken off the ring after a week in camp, while others had kept theirs on.

And, while her campmates were reduced to tears when they received letters and care packages from home, Jac remained straight-faced when her message from Dan was read out.