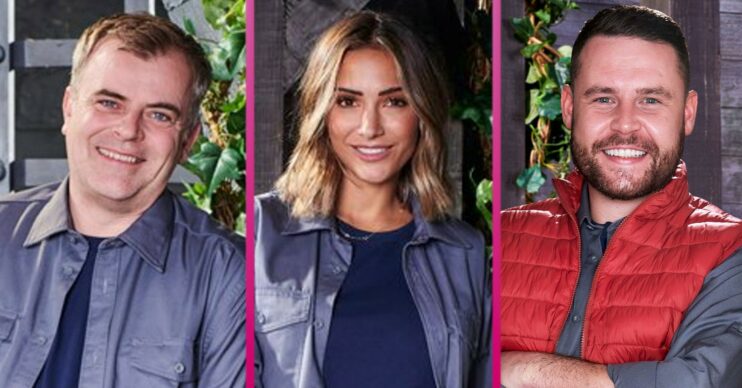 Fans won't be happy if this happens

According to latest I’m A Celebrity odds, bookies have revealed that Danny Miller is the favourite to be crowned winner.

The former Emmerdale star, 30, is in line to win ahead of Coronation Street rival Simon Gregson and Saturdays star Frankie Bridge.

However – it is the closet finale in I’m A Celebrity history.

Jessica O’Reilly of Ladbrokes told Daily Star: “Danny’s been backed steadily over the last few days and finds himself in pole position to be crowned winner.

“However, it wouldn’t be a huge surprise to see Corrie fans out in their droves voting for Simon or the girl power vote coming through for Frankie.”

Fans won’t be happy at the news with some branding Danny “a snake”.

One said: “Danny to win??? Biggest snake I’ve seen on #ImACeleb no thanks!!”

A second said: “You want Danny to win!? He’s been playing the public all series!! I was thinking this but the below confirmed it for me! #ImACeleb”

The final three will learn their fate tonight in the live finale when Ant and Dec enter the castle with the results of the public vote.

Reports claim that Danny could make a million as well as winning.

According to reports, the former soap star will be in line for a big money fashion deal with Boohoo.

And it could net him upwards of a cool million.

Not just that – the actor will also be in line for a return to his day job with offers already pouring in.

Read more: I’m A Celebrity: David Ginola misses out on finale after being axed in shock elimination

The insider added: “Danny is very marketable because he’s been on the nation’s tellies for years as Aaron from Emmerdale and after appearing in I’m a Celeb he’ll be recognisable to another layer of fans who won’t have seen him in the soap.

“The key when someone gets out of I’m a Celeb is to act fast and bag the best deals and quickly before the person fades from the public’s collective mind.”

Who has your vote for the finale?