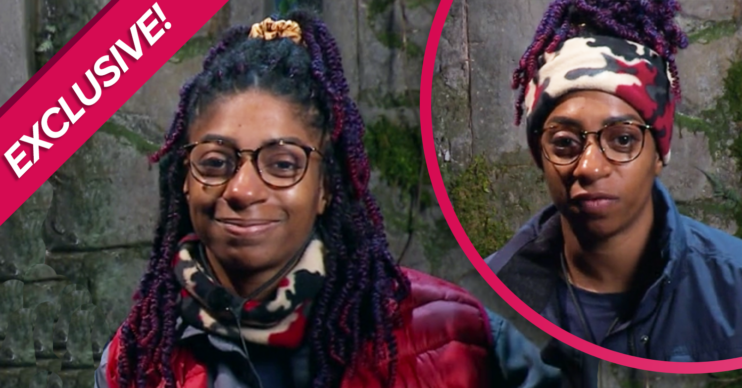 I’m A Celebrity news: Kadeena Cox will have to ‘work hard’ to manage ‘invisible symptoms’ of her MS

Paralympian Kadeena Cox entering the I’m A Celebrity castle came as welcome news for the 130,000 people living in the UK who also suffer from MS.

Kadeena has been open about her MS, which is caused by your immune system mistakenly attacking the brain and nerves.

ED! spoke exclusively to the MS Society, of which the star is an ambassador.

And they told us that she will have to “work hard” to manage the “invisible symptoms” of her MS during her time in the castle.

I’m A Celebrity news: How will Kadeena’s MS affect her castle stay?

Sarah Rawlings, executive director of research and external affairs at the MS Society, told ED! “MS fatigue” could affect her during her time on the show.

“Kadeena has spoken out about living with MS fatigue.

Read more: When was Kadeena Cox diagnosed with MS?

“While MS is unpredictable and different for everyone, fatigue is one of the most common invisible symptoms of MS – one not to be mistaken for an ordinary tiredness that you might get at the end of a working day.

“Fatigue can affect people in different ways. From experiencing heavy limbs, to feeling extremely tired after very little activity. People with MS, like Kadeena, have to work hard to manage this chronic symptom.

“With limited reserves of energy, Kadeena will have to listen to her body and balance activities whilst in the castle,” Sarah said.

So does Kadeena’s condition put her at a disadvantage against the other contestants in any way?

“No two people with MS are the same. Those that live with it can have different symptoms at different times,” Sarah said.

“This unpredictability means Kadeena will need to be mindful of triggers, such as stressful situations and overexerting herself.

“But this is something the four-time gold medal winning Paralympic champion is used to. She’s an expert at managing her own MS.”

Living with MS in the cold I’m A Celeb castle

Kadeena has previously spoken about how the heat can affect her symptoms. But what about the freezing cold of the castle?

“MS affects nerves in the brain and spinal cord and that can make it harder to do every day things like walk, talk, eat and think. For some people certain temperatures can trigger symptoms,” Sarah told us.

“A lot of people with MS find they are affected by the heat, including Kadeena who has spoken publicly about this. But that’s not to say the cold won’t impact her.

We know so many of the community will be incredibly grateful to Kadeena for raising vital awareness of the reality of having the condition.

“It’s less common for people with MS to experience cold sensitivity. But some do find it a problem and notice sensory symptoms or mobility issues get worse when they’re cold.

“Even some people usually more affected by the heat might notice that their muscles feel stiffer in the cold.

“Low temperatures might bring on spasms – something Kadeena has talked about experiencing – or a feeling of tightness in the muscles.

“As with heat, these changes are usually temporary. And if you can find a comfortable temperature, these short-term effects should pass.”

Kadeena to be crowned Queen of the Castle?

Sarah also spoke about what it would mean to the 130,000 living with MS in the UK and seeing Kadeena on screen.

“We know so many of the community will be incredibly grateful to Kadeena for raising vital awareness of the reality of having the condition,” she said.

“We’re incredibly proud to have Kadeena as an MS Society Ambassador and we’re all right behind her, hoping she’ll be crowned Queen of the Castle!”